Sabah to be more accessible for elderly tourists, tourists with disabilities

She said that visitors to the state wanted to bring elderly parents or relatives with disabilities but found that there were limitations when it came to what could be done due to a lack of appropriate facilities.

"We want to look into this and develop it," she said after a Chinese New Year luncheon at the Promenade Hotel here on Friday (Jan 25).

She sought help from tour operators as well as related government agencies to help come up with ideas as to how to make this work.

"We have to see what are the types of tourism products we can expand on and the same time we have to make sure our amenities, facilities, accommodations, transport and other factors are in tip-top condition," she said.

Liew said tourism was booming in Sabah and there had been many new products and markets that are being looked into such as halal, sports and health tourism.

She said there was much that needs to be done as the state braces for more arrivals and as they strive to achieve a target of four million visitors to Sabah by year end.

Liew added that Sabah exceeded the targeted 3.85 million arrivals in 2018 when the arrivals reached 3.879 millions in December and said that Sabah was also looking at bringing in more visitors from Europe, Australia, the US, New Zealand and Korea into Sabah.

"Let us all work together to make our visions a reality," she said.

On other matters, she said the Immigration counters at the Kota Kinabalu International Airport (KKIA) will be relocated to ensure greater visibility for Chinese tourists.

Liew said that there had been several instances where these tourists found themselves detained for not having complete entrance stamps from the Immigration counter upon arrival here.

Liew said some of the counters were placed at hard to see areas and routes, causing confusion and trouble to tourists and Immigration officials.

"We expect these problems to be solved by Feb 1. All stamp counters will be relocated by then," she said. 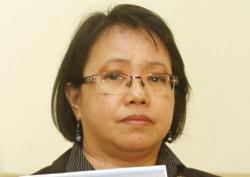