Malaysians ring in the new year

PUTRAJAYA: Tens of thousands of Malaysians thronged the main boulevard of Putrajaya to usher in the new year.

Revellers of all creed, colour and ages came here in high spirits, with many seated on bean bags on the grass outside the Putrajaya Corporation (PPj) building.

Celebrating the momentous occasion last night with the hordes of people were none other than Prime Minister Tun Dr Mahathir Mohamad and his wife Tun Dr Siti Hasmah Mohd Ali.

The federal administrative capital was deliberately enveloped in a blackout so the spectacular Light and Motion Putrajaya 2018 (Lampu 2018) festival could be experienced to its full effect.

The crowd was treated to a fantastic display of lights and colours, which were projected against the Palace of Justice building along Persiaran Perdana.

Right before the stroke of midnight, everyone counted down the seconds towards 12.00 and then a stellar fireworks show filled the skies.

After 10 minutes of fireworks display, the crowd sang a roaring rendition of Negaraku.

Dr Mahathir, in his speech before the countdown, urged Malaysians to work hard in 2019, saying that the country aimed to become a developed nation in 2025.

“The new year will bring with us a lot of good.

“We are grateful to live in a peaceful nation like Malaysia.

“Let’s share this good fortune and together, we move forward and develop our beloved country,” said Dr Mahathir to rousing applause.

Over in Kuala Lumpur, a slight drizzle in the evening did not dampen the spirit of Malaysians getting ready to welcome the new year with parties and shows.

The streets around the KLCC and Petronas Twin Towers area in the heart of the city were already packed with revellers as early as 9pm.

Like many others throughout the country, they turned up at many places, including Dataran Merdeka for those in KL, to count down to 2019.

A spectacular display of fireworks near the KLCC park lit up the skyline around the Petronas Twin Towers and the city as the clock struck 12.

More fireworks were let off at various locations in the Klang Valley – a sight that was also seen in many parts of the country.

Deputy Prime Minister Datuk Seri Dr Wan Azizah Wan Ismail made a brief stop at KLCC about an hour prior to the countdown for a street preaching (street dakwah) social programme organised by the National Union of Malaysian Muslim Students.

Malaysians’ hopes and dreams for the new year

Leaders vow to do more for country 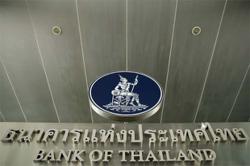 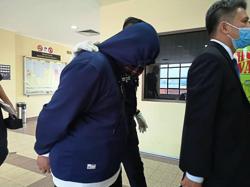