Chryseis Tan shows her caring side 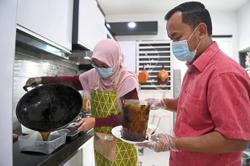 ISTANBUL: Known for her glamorous, jet-setting lifestyle on Insta­gram, Chryseis Tan showed yet another side to her when she visited three Syrian refugee families here.

Joining other Tzu Chi volunteers on a humanitarian mission, the daughter of Berjaya Corp Bhd foun­der and executive chairman Tan Sri Vincent Tan brought along her old clothes to give to the families.

The clothes were presented to the families during visits to their homes.

At one of the homes, Chryseis met refugee Mahmoud Kanjo, who told the volunteers how he had trekked the mountainous terrain along the Turkey-Syria border with his family despite a bullet wound to the lower right side of his back.

Kanjo and his family – his wife, five children and his grandmother – are now struggling to keep up with the costs of healthcare in Turkey after his second son was diagnosed with leukaemia while his grandmother has diabetes.

Chryseis said she admired Kanjo’s bravery, adding that it was heartbreaking to see so much suffering, especially among children.

The Berjaya Times Square chief executive officer was accompanied by her husband SM Faliq Nasimud­din, who gave out sweets to the children.

“It is heartwarming to see that Syrian refugees are getting help from Malaysian volunteers, showing that anyone can initiate to help, regardless of race or religion,” said Faliq, who is the deputy executive chairman and group managing director of Naza TTDI.

Vincent said the meeting was to introduce the Tzu Chi International Buddhist Association, which is currently running a free clinic and international school for refugee children in Istanbul.

Describing the meeting as good, Vincent said the president had pledged a piece of land as a new site for the international school’s growing student population.

He said the president also promised to look into documentation for some 2,500 refugee students at the school who had yet to receive their official identification papers from the Turkish government. 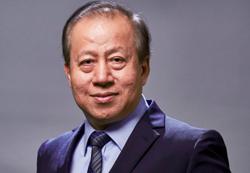