The Puchong MP was appointed to the post from among 15 newly elected Selangor DAP committee members following party polls at the Selangor DAP convention on Sunday (Dec 9).

Gobind polled 393 votes and was placed ninth from a total of 40 contestants.

Outgoing chairman Tony Pua, who is also Damansara MP, managed to secure only 292 votes which placed him 19th thus eliminating him from the committee.

Only the top 15 contestants will sit in the committee.

When met after the results were announced, Pua said he was disappointed over the loss as he only said he didn't want to contest the state chairman.

"I didn't say I didn't want to be in the committee," he said.

Meanwhile, Gobind said winning or losing was part of an election process.

"I thank the previous committee led by Pua and it's time we continue working for the rakyat," he said. 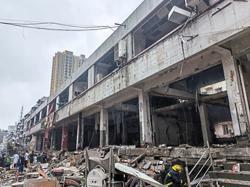