PUTRAJAYA: The thugs who roughed up devotees at the Seafield Sri Maha Mariamman Temple were hired and paid between RM150 and RM300 each, said Tan Sri Muhyiddin Yassin.

The Home Minister said police investigations revealed that the scuffle, which occurred in the wee hours of Nov 26, stemmed from a dispute between the temple’s committee and a developer, who is the owner of the land where the temple is located.

“The developer had planned to come to the temple site on the morning of Nov 26 with the intention of taking over the land.

“However, the lawyers engaged by the developers hired Malay thugs to barge into the temple earlier and take control of the area.

“Because they hired Malays to ‘take care of things’ at a Hindu temple, you can imagine the reaction it would trigger.

“As an example, imagine what would happen if you send Hindus to ‘take care of’ a mosque?” said Muhyiddin at a press conference at his ministry here yesterday.

He said the leader of the group was given RM150,000 by the lawyers, which was used to pay some 50 thugs involved in the fiasco.

The two lawyers were among those arrested and currently held under police remand, Muhyiddin confirmed.

The press conference was held after a meeting, which was also attended by Inspector-General of Police Tan Sri Mohamad Fuzi Harun and Home Ministry secretary-general Datuk Seri Alwi Ibrahim.

Muhyiddin said the Shah Alam High Court on March 11, 2014, recorded a judgment that the temple would be moved to a new location provided by the developer, while the current land the temple is situated on would be handed to the developer. 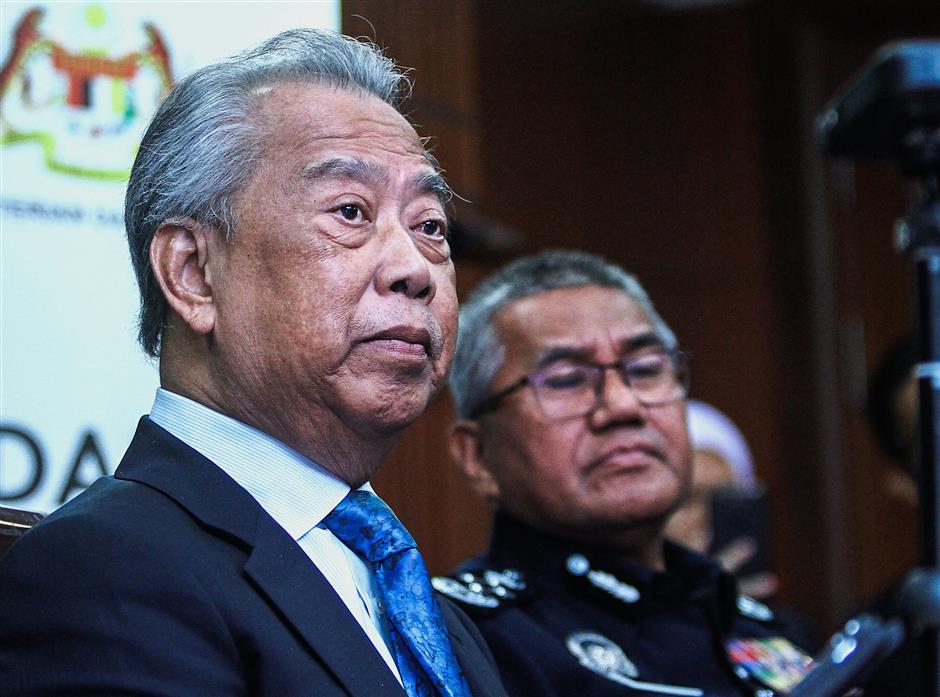 Latest update: Muhyiddin speaking to reporters during a press conference in Putrajaya as Mohamad Fuzi looks on.

The move, however, could not be implemented as there were objections from some devotees, prompting the developer to initiate a court order to force the takeover.

Muhyiddin stressed that the rioting was not a racial issue.

“People of all races in Malaysia have lived in peace and harmony for so long.

“It is unlikely that an isolated incident involving a dispute between a temple’s committee and a developer could be used to sour race and religion relations in our country,” said Muhyiddin.

He also said the police would take strict action against anyone found to have spread provocative racist statements and fake news on social media.

On a suggestion by former inspector-general of police Tan Sri Musa Hassan to declare a curfew in light of the rioting, Muhyiddin said it was not necessary since police now had the situation under control.

Meanwhile, the police have set up a special task force to find the culprits behind the riots.

Mohamad Fuzi said a special team from Bukit Aman had been sent to assist Selangor police to track down the individuals responsible for the riot, which saw destruction of property and injuries to people, including fireman Muham­mad Adib Mohd Kassim.

He also denied that a policeman was involved in the riots after a picture of a man said to be a policeman at the riot went viral.

He said: “He is not a policeman. He used to be a member of the Police Volunteer Reserve, but his job was terminated previously.”

The Communications and Multi­media Commission is now gathering evidence for action against the circulation of false information stoking sensitivities in light of the riots.

Communications and Multimedia Minister Gobind Singh Deo warned that stern action would be taken against people who violated the law.