Participants of an anti-ICERD rally in Kuala Lumpur on Nov 4, 2018 - Bernama

PETALING JAYA: National Human Rights Society (Hakam) has welcomed the Government’s recent proposal to ratify the International Convention on the Elimination of All Forms of Racial Discrimination in Malaysia (ICERD).

In a statement on Sunday (Nov 18), Hakam’s secretary-general Lim Wei Jiet said the society also supports Prime Minister Tun Dr Mahathir Mohamad’s commitment to have prior consultations with all stakeholders so that any unfounded fears are allayed and to ensure that the integral facets of the Federal Constitution are upheld.

The statement came despite Dr Mahathir said implementing the ICERD would entail amending the Federal Constitution, which is almost impossible as it would need a two-thirds parliamentary majority for this to happen.

This, he said, was nearly impossible with the current composition of the Dewan Rakyat from the government and the reaction shown over the matter from the opposition as well as members of the government.

Lim, however, said, ICERD’s substantive aim of racial equality is aligned with the principle of equality and non-discrimination guaranteed under Article 8 of the Federal Constitution.

He said ratification of the ICERD ensures state responsibility in addressing rampant racial discrimination in the country, including academically documented discrimination of bumiputeras in the private workforce.

“It also holds Malaysia accountable to the international community in its quest for racial equality,” he said, on behalf of the Hakam executive committee.

Lim said the purported threat to special privileges and affirmative action towards the Malays under Article 153 is unfounded.

According to him, Article 1(4) and 2(2) of the ICERD itself allows for “special measures”, which include affirmative action.

He said affirmative action or “special measures” under the ICERD are in fact regarded as an integral part of the concept of equality and do not constitute “racial discrimination”.

“It is also important to note that the ICERD’s inter-state complaint mechanism was triggered by Palestine in April 2018 to hold Israel accountable on its discriminatory practices against Palestinians.

“For a nation which has all along been united in condemning Israel’s atrocities & racial discrimination against Palestinians, it is imperative that Malaysians practice what we preach,” he added.

Lim said Hakam further calls for a rational, objective and peaceful discussion from all parties on the ratification of ICERD.

“Hakam deprecates any threats of the creation of unrest to prevent a rational discussion of the need to ratify ICERD. Concomitantly, the Malaysian Government must educate and constructively engage the public on the ICERD,” he noted.

Lim said the Government is not alone in this journey as Hakam believes that many civil society organisations wholeheartedly support it in this endeavour and will provide all the assistance they can.

Hakam was the very first human rights non-governmental organisation in Malaysia to be registered under the Societies Act 1966. 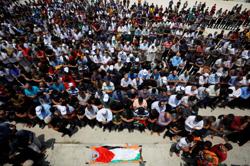 Hundreds gather for funeral of Palestinian shot by Israeli troops 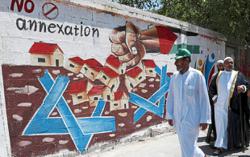 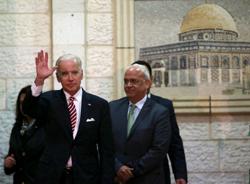 Palestinians hope Biden would roll back Trump's embrace of Israel