Maulidur Rasul celebration to be held on Tuesday

KUALA LUMPUR: The national-level Maulidur Rasul celebration to mark the Prophet Muhammad’s birthday will be held on Tuesday at the Putrajaya International Con­vention Centre (PICC).

The Malaysian Islamic Develop­ment Department (Jakim) director-general Datuk Mohamad Nordin Ibrahim said some 4,000 participants would be attending the gathering, which would start at 8.30am.

He said the Deputy Yang di-Pertuan Agong Sultan Nazrin Muizzuddin Shah and Raja Permaisuri of Perak Tuanku Zara Salim would be gra­cing the ceremony, which would also be attended by the Prime Minister and his wife.

“Various events have been planned to enliven the celebration this time,” Mohamed Nordin said in a statement.

The highlight of the event will be the presentation of the Premier and National-Level Maulidur Rasul awards.

“The Premier Award winner will receive a cash prize of RM50,000 as well as a trophy and certificate of appreciation.

“The Maulidur Rasul Award recipients (four individuals) will receive RM20,000 in cash together with trophies and certificates of appreciation,” he said.

Members of the public can watch the live broadcast of the event on RTM1. It will also be aired on Al-Hijrah TV and radio stations under RTM as well as IKIM FM radio.

The event will also be streamed online via Jakim's live web TV at www.tvjakim.my. — Bernama 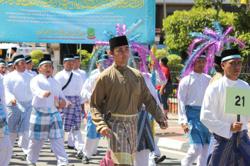 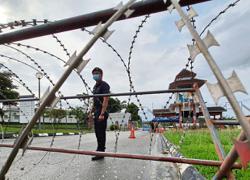