No more middlemen in hiring of Nepalese workers, says Kulasegaran 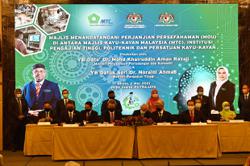 KUALA LUMPUR: The use of middlemen in the hiring of Nepalese foreign workers will be eliminated as all deals will be done through a government-to-government (G2G) initiative, says Human Resources Minister M. Kulasegaran.

He said the government had just concluded the Memorandum of Understanding (MoU) with the Nepal government to allow them to send workers, including domestic maids to Malaysia.

"We are doing away with all of the middlemen and instead will be using the G2G in our direct recruitment exercise," he told a press conference at the Parliament lobby on Tuesday (Oct 30).

The Star in an exclusive report in July said that the government of Nepal had barred its workers from coming to Malaysia.

The move comes as the Nepalese government expressed its unhappiness with restrictive immigration requirements its workers faced before they could be gainfully employed in Malaysia.

It includes having to go through a private company for a security and medical check-ups as part of the visa requirement.

It is learnt that there are currently more than 500,000 Nepalese workers in Malaysia.

About 150,000 of them are hired as security guards, while the rest are involved in construction and manufacturing.

Kulasegaran said that a team from his ministry was on the way to Bangladesh to discuss matters in relation to the MoU which will be signed with the country.

"The Nepal MoU has been concluded and they will be able to send their workers immediately.

"For the other countries including Bangladesh, Indonesia and India, we are still negotiating," he said. 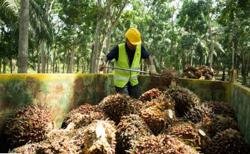