SEPANG: A 24-year-old Libyan student has been charged by a magistrate’s court here with the murder of assistant manager Wan Amirah Wan Alias, who was killed in a hit-and-run two weeks ago.

He allegedly committed the offence at 7.35pm at Shaftsbury Square, 2350 Persiaran Multimedia, Cyber 6 in Cyberjaya on Oct 17.

The charge under Section 302 of the Penal Code provides for a mandatory death sentence upon conviction.

The court fixed Dec 7 for mention.

Ahmed was later brought to a Sessions Court to face two other charges.

The offence was allegedly committed at 4.45am on Aug 30.

The charge under Section 326 of the Penal Code carries a maximum 20 years imprisonment and can be fined or whipped. Ahmed was also accused of a drug-related offence, where he allegedly self-administered cannabis at the narcotics office of the Sepang police district headquarters at 6.10am on Oct 19.

DPP S. Abirami did not offer bail, on grounds that the accused had committed a serious offence and the victim was hurt.

Viral CCTV footage of the accident showed Wan Amirah being hit by a car and dragged along the street at Shaftsbury Square, as she was crossing the road at 7.35pm on Oct 17.

Wan Amirah, 31, passed away at Hospital Putrajaya at 5am on Oct 18.

The incident has angered residents, who say reckless driving is an issue in Cyberjaya.

Three men were arrested at about midnight on Oct 18 at Pusat Bandar Putra Permai in Seri Kembangan and at Verdi Residence in Cyberjaya, along with a Sabahan woman in connection with the incident.

However, the Sabahan woman was later released. 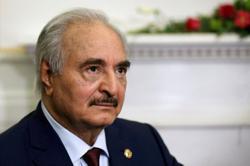 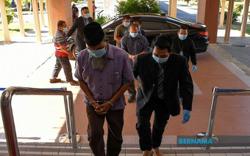