Stranded Syrian be sent to another country, but not Syria (Updated)

PETALING JAYA: The Syrian man who had been staying at the Kuala Lumpur International Airport 2 (KLIA2) since March will be sent to another country, says the Immigration Department.

They said that an agreement has been reached with the country but that it could not be revealed for the moment.

Immigration director-general Datuk Seri Mustafar Ali however assured that Hassan would not be deported back to Syria.

"Arrangements are being made for him to be sent to another country.

"The discussion and arrangement is being processed together with the foreign mission in Malaysia," Mustafar Ali said in a brief message to The Star on Wednesday (Oct 24).

He had been asked about updates on Hassan who was detained by the police on Oct 1 for being in a forbidden zone and remanded for 14 days.

Deputy Home Minister Datuk Azis Jamman was reported as saying that Hassan had insisted that he only wanted asylum from Canada but his application would take as long as two years to be approved.

The Immigration Department had earlier said that Hassan would probably be deported after police had concluded their investigation.

Immigration Canada did not want to comment on the issue, saying that they did not comment on specific individual cases without the individual's consent.

"In terms of resettling refugees generally, Canada relies on referrals from the United Nations Refugee Agency (UNHCR), another designated referral organisation, or a private sponsorship group to identify refugees.

"Generally speaking, individuals presenting vulnerabilities and compelling protection needs in the country of asylum are prioritised in accordance with the UNHCR Resettlement Handbook," they said in response to a query about Hassan.

Hassan had refused to return to his home country claiming that he feared he would have to enlist in compulsory military service.

The 36-year-old had been stuck in transit at the KLIA2 since March.

He gained online fame when he posted videos of his life at the airport terminal on social media, which subsequently attracted the attention of human rights groups and the media.

Hassan's plight also drew comparison with the character played by Tom Hanks in the 2004 film The Terminal, which was directed by Steven Spielberg. 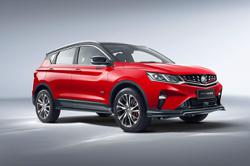