Hunt on for driver who killed woman

PETALING JAYA: Police are hunting down a motorist who mowed down a woman in Cyberjaya in a hit-and-run case as viral footage of the Wednesday evening incident continues to rile up Malaysians.

The victim Wan Amirah Wan Alias (pic), 31, was killed in the tragic incident.

Selangor Traffic Investigations and Enforcement Department chief Supt Azman Shari’at said traffic police personnel were combing the scene as well as checking every element, including CCTV footage to track down the suspect. 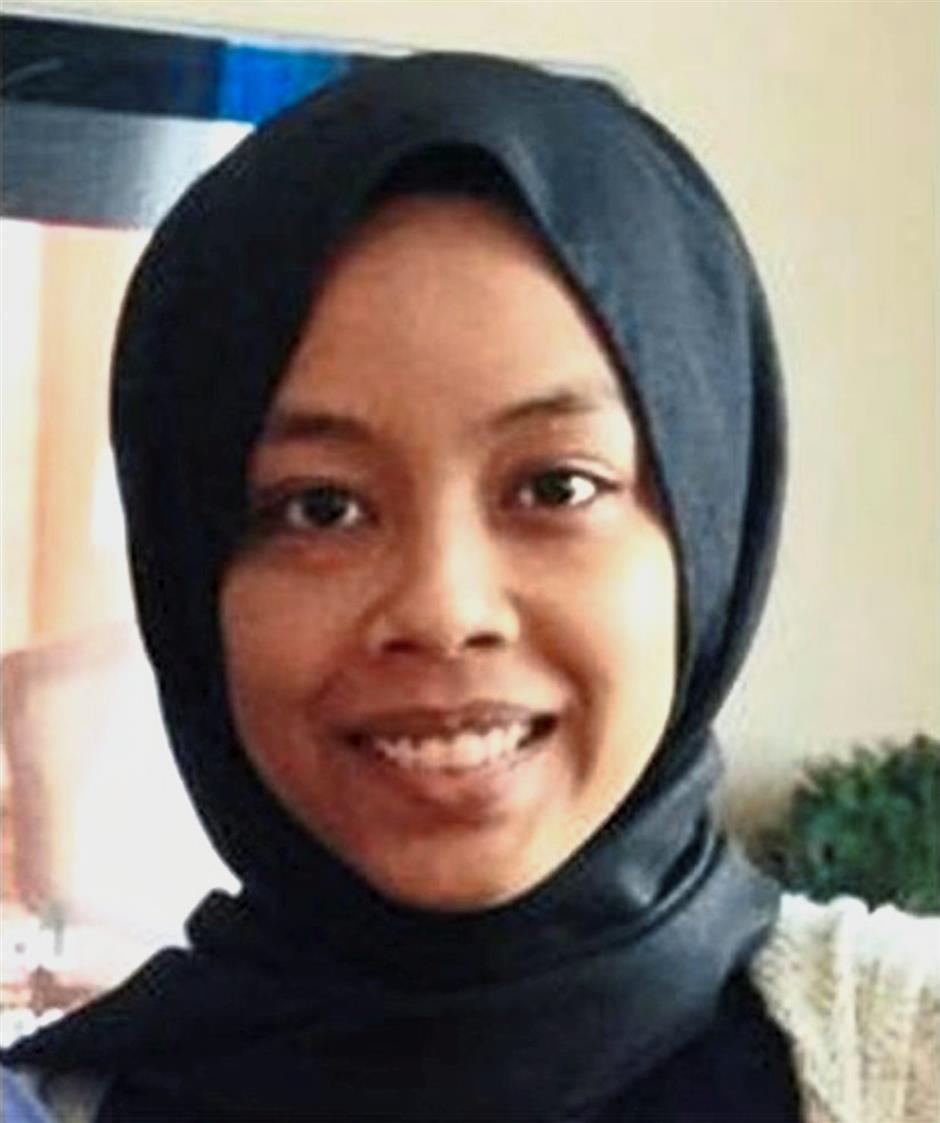 “We are pooling all our resources to track down the culprit. The case is classified under Section 41(1) of the Road Transport Act 1987 for causing death by reckless or dangerous driving,” he said when contacted.

The footage shows that the car driven by the suspect had knocked into four other cars in the 7.30pm incident before he mowed down the woman who tried to avoid the oncoming car, Supt Azman added.

“We urge anyone with information to contact the nearest police station as soon as possible,” he said.

Wan Amirah, an assistant mana­ger with Unifi, passed away at Hospital Putrajaya at 5am yesterday.

Distraught over Wan Amirah’s passing, her aunt Thana Abdullah called for help from Malaysians to find the culprit.

“She was 10 when her mother passed away. She was like a daughter to me,” Thana told The Star.

The viral CCTV footage of the accident showed Wan Amirah being hit by a car and dragged along the street at Shaftsbury Square, as she was crossing the road at 7.30pm on Wednesday.

The incident has angered Cyberjaya residents, who say reckless driving is a constant troubling issue in Cyberjaya.

Irianie Wahab said every month they will see one traffic light after another being knocked down due to accidents.

“One simply has to ask any Cyberjaya resident and they will clearly tell you that the disproportionate number of foreign drivers, and the lack of regulation and enforcement, are the main causes of this situation,” Irianie said.

“From speeding, running red lights, to not slowing down at corners, and even driving on the wrong side of the road in some instances – these foreign drivers are a hazard to other drivers and pedestrians, especially young children,” the mother of three added.

Community leader Richard Ker claimed that many foreign drivers in the area use rental cars and there may be illegal car rental companies operating in Cyberjaya.

Ebi Azly Abdullah, who has been working in Cyberjaya since 1997, said the problem started in the last five or six years.

He added that foreign drivers are not the only ones to blame as locals have also followed these dangerous driving habits.