Getting the latest news on ‘wayang pacak’ nights 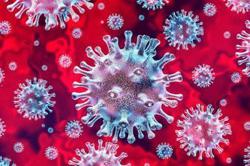 The good old days: Yusof showing a photo of himself (seated, second left) with his friends at the Al-Azhar University at his home in Kerteh, Terengganu. — Bernama

KEMAMAN: It happened 61 years ago, but Yusof Mohd Yatim can still recall the excitement of wayang pacak nights.

The retired teacher said wayang pacak (outdoor movie screening) used to be an important medium for disseminating information to the public back then.

He remembered how it was used to address national concerns in 1957.

“I was only 12 at the time, but I was already aware of the worry over Malaya’s ability to form a new government once we gain independence from the British,” said Yusof, 73.

The then Alliance Party leader Tunku Abdul Rahman Putra Al Haj, who later became the first prime minister, managed to allay their fears by using the radio, newspapers as well as wayang pacak to disseminate information.

Wayang pacak is usually screened in an open field. A white makeshift screen would be put up and a film would play on it with the help of a projector, powered by a portable generator.

This free film screening would be shown in different places, not only to provide entertainment to the people but to relay information as well, especially to those in the rural areas.

The person in charge would disseminate the information on current issues before the movie screening, which normally began at 8pm.

He would also announce upcoming screenings using a loudspeaker while the vehicle carrying the film equipment was driven around the area.

“Those who can read can get the information they need about the nation’s (negotiation for) independence in the newspapers but for the illiterate, the only way to get such information was to attend the wayang pacak screenings. And come they did, in droves,” Yusof said.

After Malaya achieved its independence in 1957, the Information Department took over the screening of wayang pacak.

From the 1960s through the 1980s, the department’s officers would use the medium to disseminate information on communist activities, the Bumi Hijau farming programme and the importance of working the land.

“The roles of the wayang pacak, newspapers and radio became increasingly important as the country approached the formation of (the Federation of) Malaysia in 1963.

“We already had black and white television at the time, but only a small number of people could afford to own it,” he said.

Yusof recalled how newspaper commentaries and intellectual discussions on the radio would fan the embers of patriotism in him.

His thirst for knowledge and affinity for intellectual discourse eventually earned him a Tereng­ganu state scholarship to further his education at the Al-Azhar University in Egypt in 1969.

He was one of the first two in the state to receive the honour. — Bernama 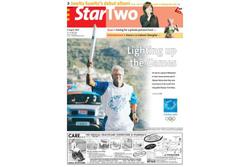 Pangkor to achieve herd immunity by September, slated for tourism recovery plan pilot project
Melaka exco on viral video: There are crocs in Sg Malim, but no reports of incidents with people
I have a pen, I have paper: Pineapple board officer in the dock for allegedly faking documents
Win or lose, do your best in the next game, Dr Wee says as he cheers on Peng Soon-Liu Ying
Prof: Antibody test may not be accurate gauge of vaccination
Babysitter, husband and 13-year-old niece charged over abuse of toddlers
Selangor MB: State govt remains firm in fighting corruption, abuse of power
Over 20 'black flag' convoy participants summoned by cops
Four teens nabbed for reckless riding
Almost 17 million Covid-19 vaccine doses administered, says Dr Adham