Time out is good for mental health

Work culture change needed: If our mental health problems are not addressed, we won’t be able to perform at peak level.

How many times have you felt so tired when you woke up in the morning that you wished you could just skip work and stay in bed all day?

According to organisational psychologist Hetal Doshi, this is common: Everyone will go through at least three bouts of depression in their lifetime.

But how many times have you actually called in sick to work?

Finance executive Anna* once felt so weak and listless that she faked a migraine and got an MC. But she then decided to reinvigorate her spirits by binge-watching movies all day – movies that she had not been able to catch because of her late hours and weekend work at the office.

Unfortunately, she bumped into her immediate boss – the one she had just called to put in her sick leave – who was meeting a client at the very mall she was hoping to indulge herself.

“With the popcorn in my hands, there was no way for me to hide it. And hell hath no fury as a boss deceived,” she recalls bitterly.

Her relationship with her boss became strained after that as he felt he could no longer trust Anna. And the incident was brought up again and again in meetings and eventually, it went into her yearly appraisal.

In contrast, when American web developer Madalyn Parker took two days of sick leave to tend to her mental health last year, she was applauded by her co-workers and was even commended by her boss.

Of course, she had decided to be upfront about it and emailed her colleagues letting them know where she would be. To Parker’s surprise, the CEO of the company responded by thanking her for being so open about her whereabouts and stressing the importance of “self-care” and mental well-being. 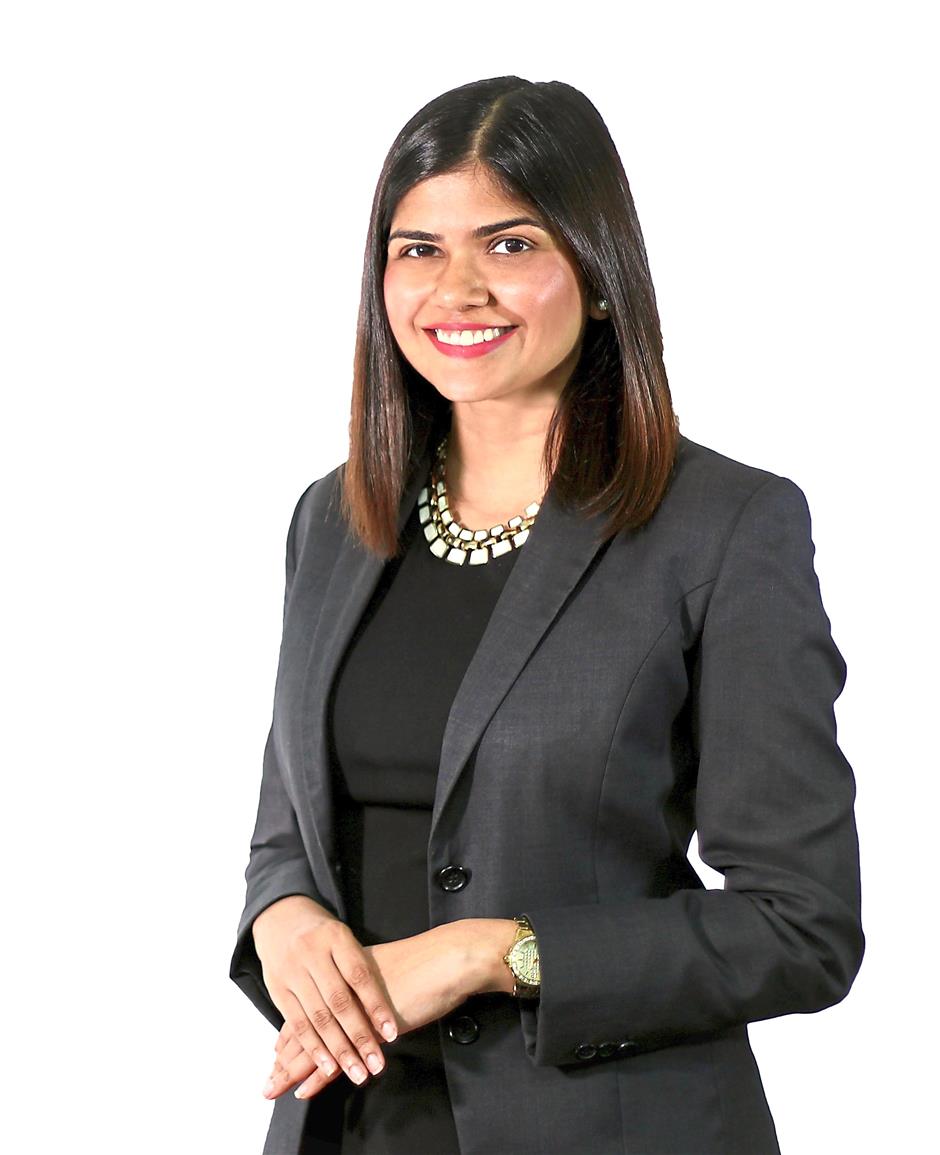 Hetal: “Mental health day off is beneficial, but only if you understand it and consciously want to take the day off to work on yourself.”

The exchange quickly went viral, with Twitter users praising Parker for her openness and CEO Ben Congleton for his support.

In a post about the email exchange, Congleton had written: “It’s 2017. We are in a knowledge economy. Our jobs require us to execute at peak mental performance. When an athlete is injured they sit on the bench and recover. Let’s get rid of the idea that somehow the brain is different.”

We need our own Madalyn Parkers and Ben Congletons to raise awareness on the importance of taking a mental health day off in Malaysia, says Hetal, who is also CEO of O Psych Sdn Bhd.

This is particularly important considering the rising number of mental health problems in the country, she stresses.

Health Minister Dr Dzulkefly Ahmad recently told Parliament that some 4.2 million Malaysians are living with mental health issues – and more than 40% of them are those working.

According to the World Health Organization, mental disorders are among the leading causes of disease and disability in the world.

“This means it will not kill you but prevent you from being your full self,” Hetal explains, highlighting a study by WHO, which estimates that depression and anxiety disorders cost the global economy US$1 trillion (RM4.12 trillion) each year in lost productivity.

And this is bound to grow, says WHO: depressive disorders, which are already the fourth leading cause of the global disease burden, are expected to rank second by 2020.

It is well documented that we spend approximately one-third of our lives at work, which is a lot of time to spend in an environment that may be damaging to our mental health.

But the “cure” can be simple, she says. “Sometimes what you really need is to take time out to recuperate your psychological, emotional and social space that you are in that is preventing you from being at your level best – or take a ‘mental health day off’.”

Quickly clarifying that there are other factors affecting mental health, Hetal stresses that taking the mental health day off will not work for those who are already suffering from serious mental health disorders and they should consult clinical psychologists and psychiatrists for help.

“If you already feel isolated, it’s not good to then further isolate yourself from friends and family,” she says. “Mental health day off is beneficial, but only if you understand it and consciously want to take the day off to work on yourself.”

However, for those who suddenly feel very strong emotions and thoughts that are very intense working against them, affecting how they think, feel and act – dedicating a day to giving their mental and emotional being some TLC could be all the remedy they need.

The problem is, she says, in Malaysia and many countries in Asia where hard work is demanded, many just slog through their stress instead of taking the time to take care of themselves, until it is too late.

“Ideally, you need to take time out and reinvigorate yourself every day, but many don’t realise it, so that stress accumulates until you cannot take it anymore. And that is when you really need that mental health day off.”

Admittedly, one huge barrier is Asians’ attitude towards mental health, which is still different from the Westerners’.

“Asians do not talk about their problems and many do not know how to express their emotions, what more to tell their boss and colleague that they have a mental health issue,” says Malaysian Mental Health Association president Datuk Dr Andrew Mohanraj.

The National Institute of Occupational Safety and Health (Niosh) chairman Tan Sri Lee Lam Thye agrees that there is still a lot of stigma attached to mental health issues.

“Many still do not have an understanding of the importance of mental health,” he notes.

“For them, not coming to work without a physical condition means that one is being lazy. That is one common myth of mental disorder. What they fail to see is that when an employee struggles with mental health issues, he/she will not be able to perform at work.”

Hetal concurs that many, like Anna, are worried about being stigmatised or facing prejudice at the workplace if they are open to their boss about their need for a mental health off day.

Unfortunately, they are not wrong, she says.

From her experience working with local companies, Hetal finds 80% -90% are still operating the “old-school” way and demand to know the reason for their employee to take a day off, even if it is entitled to the employee.

“In many mature companies, the reason is not important. Some companies in the West do not even ask for MC. What they care about is only the outcome, not how long an employee slogs in the office.

“Many Malaysian workers are already using their off days and personal leave to have a mental health day off but there are also those who have not been able to as their reason is not accepted or recognised by their employers,” she says, stressing that “cultural awareness is needed in Malaysian society and organisations to understand that mental health is part of human phenomena.”

According to Hetal, a 2016 work and well-being survey showed that less than half of working Malaysians feel that their organisation supports the well-being of its employees.

“It’s not just a stigma or taboo or ignorance. Many feel that it’s pure discrimination,” she says.

“But the more open we are about our mental health, the closer we will get to ending this discrimination. Of course, a lot of us will feel scared about losing our jobs, but this is why Madalyn Parker’s email is so powerful. She’s giving voice to issues that we are too afraid to talk about. It is critical that such issues are fully understood and supported at work, and taking time out is accepted fully, instead of being judged.”

“They need to give them time to recuperate, like they would physical ailments,” he says.

Dr Mohanraj points out that corporations generally only focus on productivity and profit.

“The only way they will pay attention to mental health in the work place is when you actually can prove to them that productivity can be compromised when employees’ mental health is compromised. If only companies knew that the number of MCs that were submitted by their employees for non-specific headache, backache , lethargy, fainting spells or even no show at the work place were actually due to psychological stress or work place depression.

“In the US and Canada studies on work place depression and productivity have been consistently done since the early eighties - revealed shocking results - billions of dollars lost due to decreased productivity as a result of absenteeism and non-specific medical causes.”

Lee, who is also Mental Health Promotion Advisory Council member, says it will require a lot of work to educate Malaysian employers, as well as the public, on the issues of mental health to get them to be more open and positive about mental health situations.

“It’s a thin line between responsibility and privacy. I think the bottom line is the stigma attached to mental disorders. If the stigma is removed or reduced, then disclosing it would not cause any great problem. Having the ability to be open about your struggle will make the employee feel accepted and this is one important step towards recovery,” he says.

“If the medical practitioners and the employees themselves are not prepared to share with the company their mental health issues, the employer will not be in a position to know about the mental condition of their employees, and thus, will not be in a position to assist them. There is a need to be more open about issues of mental health so that it will cease to be a taboo, and various initiatives may be taken together to address them.”

Shamsuddin believes mental illness should be recognised as part of sick leave or hospitalisation leave, but notes that it will be difficult.

“It is unlikely that we will have a similar situation (like Madalyn’s) where the employer will be very understanding and open to their employees’ mental illness, at least not in the near future, with mental illness being taboo in the Malaysian context.

“It is our culture not to discuss the issue of mental health openly for fear of being labelled as crazy and shunned by society,” he says.

For Hetal, employers need not worry about their staff abusing the mental health day off if it is implemented as a policy in the office.

“It involves a lot of trust between employers and employees. But to ensure that it is not misused, other than having clear policies, companies can also raise awareness, conduct training and have in-house clinical psychologists.”

She says encouraging mental health day off at the workplace is vital in today’s competitive employment market.

“More and more companies like Olark, Unilever are beginning to encourage employees to look after themselves, and those of us who have choices and are empowered enough will start to seek out jobs at companies like these.

“Encouraging mental health day off at their workplace is not only beneficial for the companies in the long run – happy employees are productive employees – but also in the war for talent.

“Companies that are mindful, progressive and ultimately understand that well-being = productivity will be in demand, especially among young talents, who are looking to ‘have a great life at work’.”

Next: What employers can do to create a healthy work environment.

Depression can happen to anyone

Stressed from mundane and heavy workload