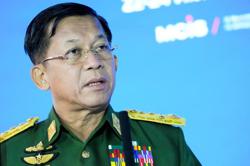 Prime Minister Tun Dr Mahathir Mohamad handed over the letter of appointment to Ismail at a brief meeting at his office in Perdana Putra on Tuesday (Aug 28).

Ali's contract of service as the chief secretary to the government ended today. He has served for over six years.

Ismail, when approached after his meeting with Dr Mahathir, said he would implement the Prime Minister's instruction well to ensure efficient delivery of the public service.

"In this era, we want to ensure that integrity and accountability are at the best level among the civil servants," he said.

Asked about the performance of the public sector, Ismail said that overall it was at an excellent level but it was necessary to regain the people's trust following several incidents involving civil servants over the last several years.

"Generally, we are happy with the performance of the civil servants," he said.

Ismail, 58, who has served for 32 years in the civil service, has extensive experience in economic and financial management.

He holds a Bachelor of Economics (Hons) degree from Universiti Malaya and a Master of Business Administration degree and a doctorate from the University of Hull, United Kingdom.

Ismail joined the Administrative and Diplomatic Service in January 1986 and had served as the secretary-general of the Agriculture and Agro-based Industry Ministry and the Transport Ministry; budget director at the National Budget Office of the Finance Ministry and senior advisor at the World Bank headquarters in Washington DC, United States. - Bernama
Article type: metered
User Type: anonymous web
User Status:
Campaign ID: 46
Cxense type: free
User access status: 3
Join our Telegram channel to get our Evening Alerts and breaking news highlights 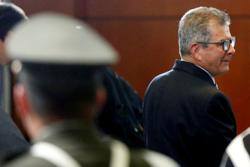