The 35-year-old from Lahad Datu is said to have scammed unsuspecting tourists of a total of RM29,100.

Kota Kinabalu police chief Asst Comm Habibi Majinji said the matter came to light after a 36-year-old woman lodged a report stating that she and her three friends had been cheated.

“They were supposed to climb Mount Kinabalu on Oct 21 and 22 this year, but when they arrived at the registration counter in Kinabalu Park, they were told that their names were not listed,” he said in a statement late Thursday (Aug 23).

ACP Habibi said the woman tried sending a text message to the suspect to ask about the matter.

The man replied he would revert back to them soon.

However, the victims could not contact him anymore after that as the suspect likely had their numbers blocked.

“After the report was lodged, we found that there were 21 other reports lodged against the suspect from victims in Sabah and Johor,” said ACP Habibi.

The suspect was nabbed at a parking area near a market in Menggatal on Wednesday (Aug 22).

He has been remanded for four days until Aug 26 to facilitate investigations. 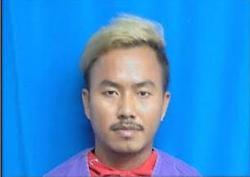