By M. SHANMUGAM and Gurmeet Kaur

PETALING JAYA: A 77-day impasse between the new government led by Pakatan Harapan and Khazanah Nasional Bhd ended with the board of the national sovereign fund handing their undated resignation letters to the Government.

In a stunning move that caught top government officials by surprise, the nine board members of Khazanah gave their letters offering to resign to Putrajaya yesterday.

This came about after the new government led by Tun Dr Mahathir Mohamad repeatedly criticised Khazanah, stating that it had deviated from its original objectives and that the executives were overpaid.

By convention, the Prime Minister is the chairman of Khazanah. Apart from the chairman’s position, there is at least one more minister appointed to the board of Khazanah.

However, since May 9, when Pakatan was voted in, there have not been any representatives from the Government sitting on the board of Khazanah.

Sources said that Khazanah’s managing director Tan Sri Azman Mokhtar or other directors, such as Tan Sri Mohd Nor Mohd Yusof, could not get to see Dr Mahathir for directions at the sovereign wealth fund.

“There were whispers and indications that the Government wanted some people on the board to go on their own. But nobody wanted to tell the board members to resign.

“It came to a point that the board was worried that they would be blamed for Khazanah not being able to function well. So, all the members decided to offer their undated resignation letters for the Prime Minister to choose who he wants to retain and who should be left out,” said a source.

It is learnt that under the new government, Khazanah would be placed under the Prime Minister’s Office (PMO) and not the Ministry of Economic Affairs as widely speculated.

In recent weeks, speculation was rife that Khazanah would be placed under Datuk Seri Azmin Ali’s ministry.

“Under the new set-up, it would be under the Prime Minister,” said sources.

It is learnt that Dr Mahathir is likely to appoint some new faces to the board of Khazanah and retain some of the old names.

“Dr Mahathir is unlikely to appoint old names of corporate Malaysia. He knows too well that it would not go down well with the new Malaysia,” said a source.

Some viewed the undated resignation letters as a message from the Khazanah board to Putrajaya as a “hint of protest” following the silent treatment accorded to the sovereign wealth fund.

“The reasons offered must be valid. It gives the new government a chance to reconstitute the board and decide what kind of role they want Khazanah to play,” he told StarBiz.

Others felt it was the most elegant thing to do and made things easy for Dr Mahathir to choose who he wants to keep on the board of Khazanah.

Khazanah, in a statement, said the members offered to resign to facilitate a smooth and orderly transition under the new government.

“The current board has been honoured to serve and feels it is appropriate to offer the new government the discretion and reaffirm the prerogative to form the new board,” Khazanah said.

The developments in Khazanah are the latest in a string of changes that has taken place in corporate Malaysia since the change of government following the elections on May 9.

There has also been a change at the helm of Bank Negara and Permodalan Nasional Bhd.

Sources said the offer to resign was the most viable option left since there was no direction from the Government.

Over the years since its transformation, the portfolio of Khazanah has increased in value. 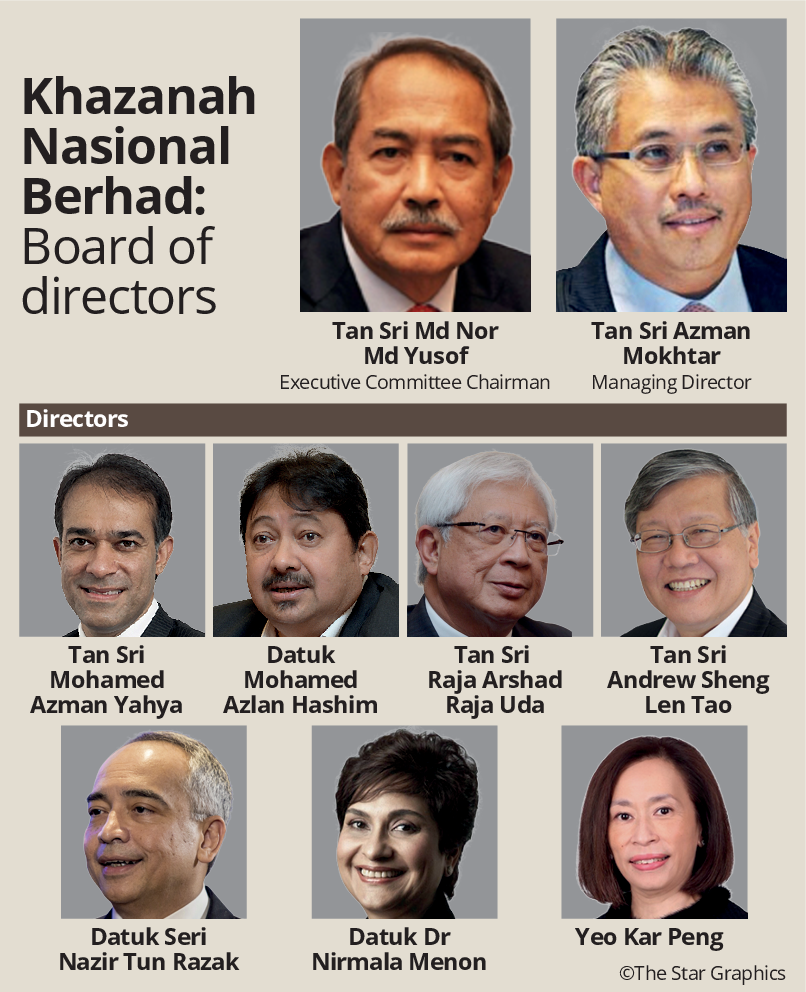 Opposition worried about investments and fate of GLCs