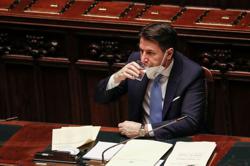 PETALING JAYA: The fire that destroyed a Ferrari 458 Italia on the Kesas Highway on Thursday (July 26) was caused by a mechanical issue, according to police.

"The driver said that the fire started at the exhaust of the car. After he stopped the vehicle, the fire spread, and an explosion occurred," said Subang Jaya OCPD Asst Comm Mohammad Azlin Sadari in a statement.

On Thursday, the luxury car was burnt after a fire broke out while it was being driven along the highway.

The car, while being driven by an Australian man, is believed to have belonged to cosmetics millionaire Datuk Seri Aliff Syukri Kamarzaman.