GEORGE TOWN: A 40-year-old religious teacher has been arrested for allegedly molesting his male students and forcing them into sexual acts in school.

The accused apparently molested a male pupil at about 2.30pm last Wednesday (July 18).

The victim informed his mother of the incident.

Balik Pulau OCPD Supt A. Anbalagan said police received a report from the mother at about 10.16am last Saturday (July 21).

“In their reports, the pupils alleged the teacher molested them in class and in the school's surau, with some incidents occurring after school hours.

“We arrested the suspect at the Southwest District education department office in Balik Pulau and he is being remanded for seven days until next Monday (July 30),” said Supt Anbalagan.

The case is being investigated under Section 14 of the Sexual Offences Against Children Act 2017. 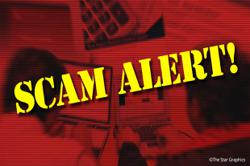