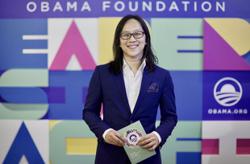 KUALA LUMPUR: For the second year in a row, The Star’s R.AGE team has bagged Malaysia’s most coveted journalism award – the Kajai – at the Malaysian Press Institute (MPI)-Petronas Malaysian Journalism Awards 2017.

R.AGE deputy executive editor and producer Ian Yee said it is an achievement for a group of young journalists to win the Kajai Award two years consecutively.

“For a small group of young journalists to win the Kajai Award two years in a row is an amazing achievement, and my team at R.AGE did it while upholding the best traditions of our profession.

“I hope what they’ve achieved, their selflessness, their bravery in standing up to injustice, will inspire young Malaysians everywhere to keep pushing boundaries and fight for what’s right,” Yee said after they received the prestigious award from Foreign Minister Datuk Saifuddin Abdullah at the presentation here last night.

R.AGE emerged champion this time for its year-long Student/Trafficked undercover investigation of student trafficking syndicates operating in Bangladesh and Malaysia.

The award came a month after it won the prestigious SOPA Award for Excellence in Investigative Journalism for the campaign.

Ian hopes these awards will shed light on the plight of undocumented trafficking victims across the nation.

“We’re really proud to be here alongside all our colleagues in the industry because we know how hard it has been for journalists in Malaysia.

“And I’m sure all the other journalists will agree with me that all we want is for our work to make a difference. For R.AGE, we hope these awards will remind everyone, especially the Government, that there are countless undocumented trafficking victims throughout the country who need our help,” he said.

The investigation exposed a network of traffickers that used bogus colleges in Malaysia to cheat thousands of Bangladeshi college applicants of RM20,000 to RM25,000 for a fake degree course, move them over to Malaysia, and then exploit them for cheap labour.

The campaign led to a tightening of student visa approval processes. Nearly 30 colleges have had their licences revoked since the former Higher Education Ministry was made aware of the issue.

In April, R.AGE won two awards at the prestigious Asian Media Awards, with a Gold in the Best Feature Story and Best in Community Service categories for Student/Trafficked. The R.AGE team at the Asian Media Awards in Bali, where it won two awards, including for Best News Story.

Last year, R.AGE snagged the Kajai for its Predator in My Phone undercover investigation on online sex predators, which also won a slew of international accolades, including the Asian Media Awards.

Predator In My Phone also made history by becoming the first Malaysian outfit to be nominated for a Peabody Award, widely considered as one of the most prestigious international awards for broadcast and online journalism.

Since 2015, R.AGE has won over 20 major awards for journalism, digital media innovation, filmmaking, marketing and activism. 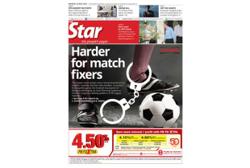