Compiled by THO XIN YI and R. ARAVINTHAN

With a combined net worth of 300 billion yuan (RM180bil), the Alibaba chairman and Suning chairman were definitely the richest football fans in the stadium.

Meanwhile, the net worth of the footballers from both teams was €1.8bil (RM8.5bil). It was said to be the most “expensive” match.

> Residents in Chatswood in New South Wales, Australia, were up in arms when Chinese actor Gao Yunxiang, who was facing sexual assault charges in Australia, moved into the neighbourhood, Sin Chew Daily reported.

Gao was out on bail and was joined by his wife Dong Xuan and daughter in Australia.

The monthly rental for the house, which is located in a Chinese-majority posh neighbourhood, is said to cost A$6,000 (RM17,900). Some neighbours were upset that an alleged sexual offender was now living in their midst.

The alleged offence happened at a hotel in Sydney in March. 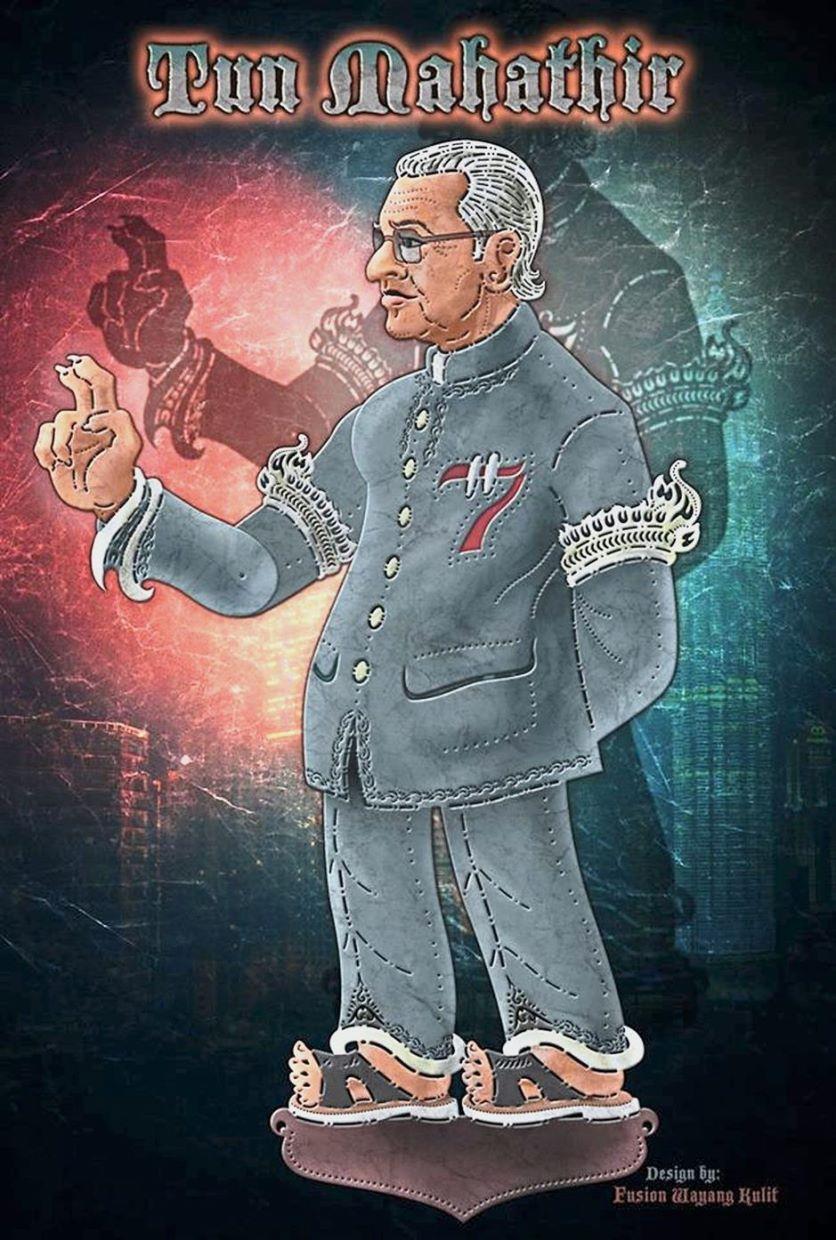 The puppet showed the Prime Minister in his signature grey suit and Bata sandals.

Chuo, who is the founder of Fusion Wayang Kulit, said he experienced difficulties in creating the puppet as wayang kulit characters usually have detailed patterns but Dr Mahathir’s suit was too simple.

“In the end I added in just enough elements to make him look ‘wayang kulit’ yet maintaining the slick minimalism look,” he said.

AstraZeneca to be offered to eligible Sarawakians on first-come, first-served basis
AstraZeneca round 2: Good to vaccinate senior citizens but faster rollout overall needed, say Malaysians
Penang to implement outreach programmes at nursing homes
BBC highlights Ain Husniza's cause as she reiterates rape is someone's trauma and not a joke
Most Malaysians adhere to SOP, but pandemic fatigue setting in
Floods victims evacuated in three Melaka districts early Tuesday (May 18)
Flashback #Star50: MAGNIFICENT MALAYSIA!
Khairy: Expectant or nursing mothers can use Pfizer
‘Priority for ages 60 and above’
Many eager to sign up for AZ