Sources said that among the government-linked companies (GLCs), these two organisations are expected to see changes following the change of government in Putrajaya.

In 2015, LTH purchased a 1.55-acre parcel in the Tun Razak Exchange (TRX) project from scandal-ridden 1Malaysia Development Bhd (1MDB) – sparking claims that the deal was done to bail out 1MDB.

Lodin, meanwhile, was appointed LTAT’s CEO in 1982. He joined Boustead in 1984 and became the company’s managing director about seven years later.

He was chairman of 1MDB, but relinquished his position in 2016 following the Public Accounts Committee’s tabling of its audit report in the Dewan Rakyat. 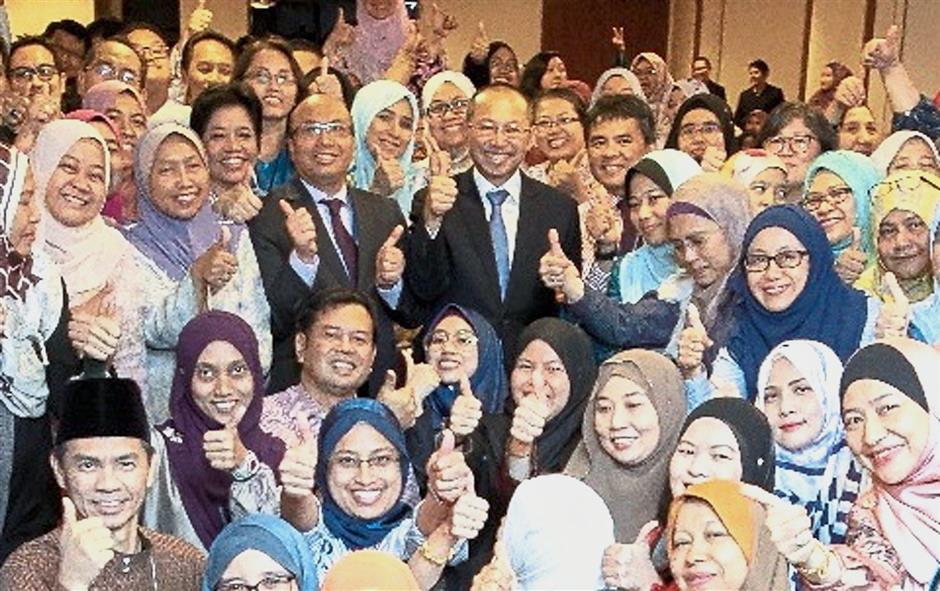 Fond farewell: PNB staff taking a photograph with Wahid at his farewell party.

In a separate statement, Wahid said the appointment of Zeti as PNB’s new chairman will enable a smooth transition of the leadership of the board of directors to ensure that investment and operations of the PNB Group are not affected.

“I believe Zeti and members of the board will be able to continue leading PNB to a higher level of success,” he said.

Wahid’s resignation follows a slew of changes in the top brass of GLCs – which forms part of the reform programmes of the new government under Pakatan Harapan.

The heads started rolling on May 14 when Tan Sri Shahrir Abdul Samad stepped down from his position as the chairman of the politically-linked Federal Land Development Authority (Felda).

On the same day, Tan Sri Irwan Serigar Abdullah’s contract as Treasury secretary-general was cut short, and subsequently he was transferred to the Public Service Department. Irwan has since stepped down from board positions of companies under the Finance Ministry.

Then came the resignation of Bank Negara governor Tan Sri Muhammad Ibrahim after having served about two years since his appointment in April 2016.

His resignation came weeks after questions were raised over the central bank’s purchase of land to bail out 1MDB. 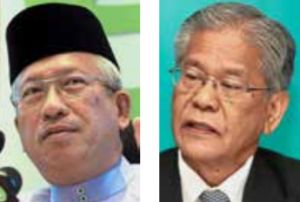 Other key resignations related to GLCs in recent times included that of Telekom Malaysia Bhd’s group CEO Datuk Seri Mohammed Shazalli Ramly and Habibul Rahman, who sat on the board of Malaysia Airlines.

MRCB has also restructured its board by redesignating Tan Sri Azlan Zainol as independent chairman.

Earlier this week, it was reported that Tan Sri Mohd Sidek Hassan had stepped down from his position as the chairman of Petronas, while Bursa Malaysia CEO Datuk Seri Tajuddin Atan could also be replaced before his term ends in March next year.

Envoys told to return to Malaysia