GERIK: Fire and Rescue personnel carrying an injured bus passenger to an ambulance before being rushed to Gerik Hospital after the express bus crashed along Jalan Raya Timur-Barat Gerik-Jeli yesterday.

At least 12 people, including a baby, were injured when the bus, carrying 29 passengers, travelling from Kuala Terengganu to Kangar crashed while trying to avoid an on-coming car at 3.40pm.

JOHOR BARU: Police have detained nine suspects, including a woman, for involvement in gambling activities linked to the on-going World Cup 2018 tournament in Russia.

Among the items seized were laptops, mobile phones, football match schedules and RM31,196 and S$1,052 in cash.

Those found illegally organising and accepting bets could be charged under the Betting Act 1953.

Members of the public who placed bets with these syndicates also committed an offence.

He said the stamp, which had a cartoon imprint, was not meant for monitoring purposes and not carried out on the instruction of Mentri Besar Datuk Seri Mukhriz Mahathir.

“It was just an idea by the event organising committee to bring cheer to the children,” he said, adding that the ink used for the stamp could be washed away easily.

The event was held on Sunday. — Bernama

SEREMBAN: An elderly man was killed when a tree and an electric pole fell onto the car he was driving in along Jalan Dato Hamzah near the Seremban Lake during a storm.

“Firemen found the victim trapped in the driver’s seat. The uprooted tree also brought down the electric pole,” he said. — Bernama

IPOH: An unemployed man pleaded not guilty in a magistrate’s court here to two charges, one of which was for insulting a police officer last Tuesday.

Muhammad Noor Faqih Mohamed Ariffin, 25, claimed trial yesterday after the charges were read out to him before magistrate Nurul Hafizah Mohamad Pauzi.

Muhammad Noor Faqih was charged with insulting a police officer using expletives at the enquiry office of the Ipoh district police headquarters here at about 6pm on June 12.

He was charged under Section 90 of the Police Act 1967 which provides for a maximum fine of RM5,000, a jail term not exceeding six months or both upon conviction.

He was also charged with criminal intimidation against a civilian at 4.20pm at the same place and time.

Muhammad Noor Faqih allegedly made the threat against a person after the two of them were involved in a road accident. — Bernama 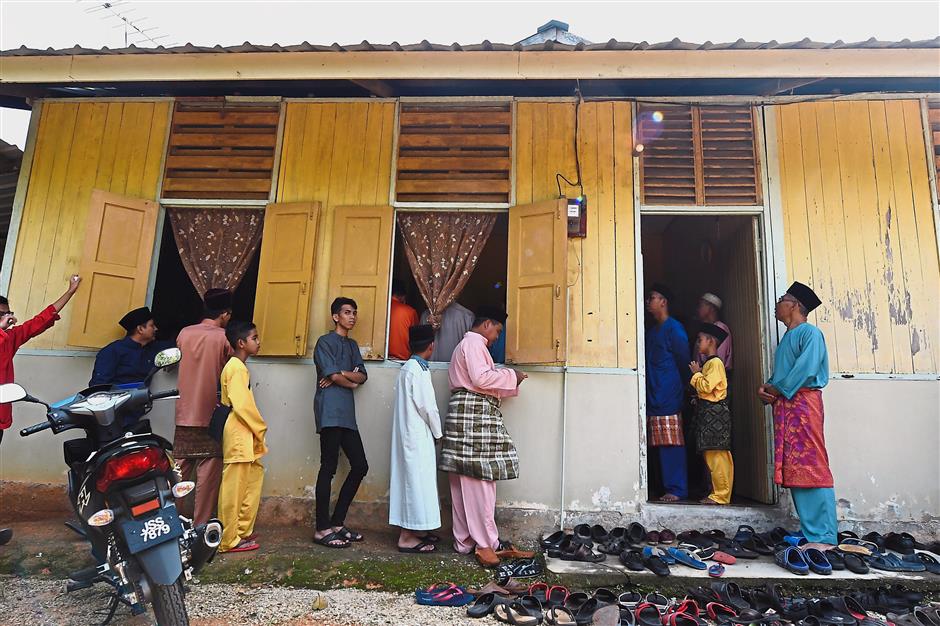 ‘Marhaban’ is a tradition where people make door-to-door visits during the Hari Raya celebrations to seek forgiveness.

Among the unique dishes served by Yahya for the ‘marhaban’ visitors were yam shoots and ‘ruban’, a type of salad made from cassava leaves. 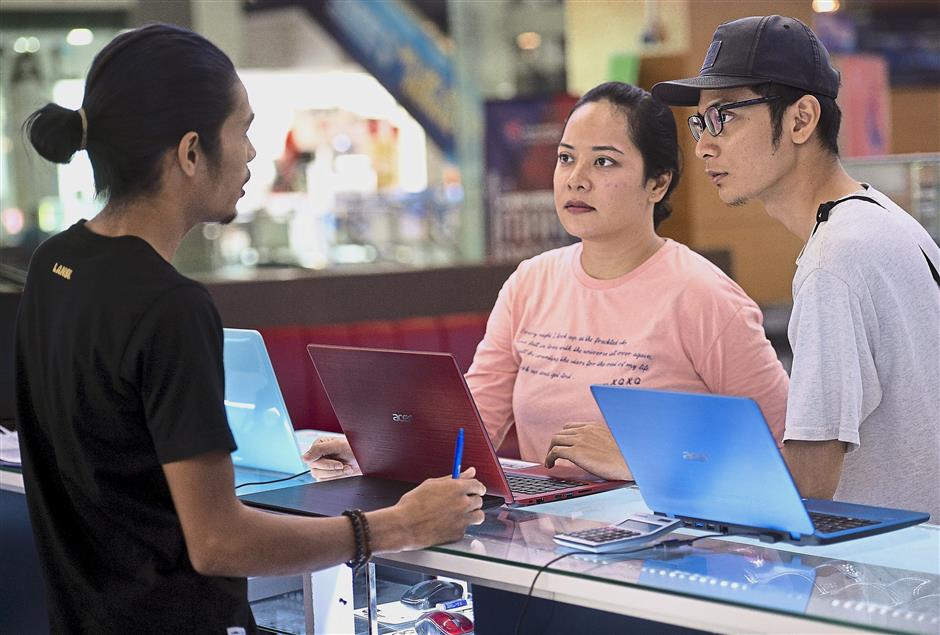 KUALA LUMPUR: Noor Shafeera Samsudin and her brother Muhammad Syazemir being briefed by Bumi Maju IT Sdn Bhd sales manager Adam Deans as they checked out a few laptops.

Malaysians are now on “tax holiday” and they are seeing a reduction in the prices of goods after the Goods and Services Tax was zero-rated from June 1.

The Sales and Service Tax will be reintroduced in September. — Bernama

PETALING JAYA: A message which has gone viral on social media on the death of an individual from Nipah virus after eating a banana leaf meal is fake, says Selangor Health director Datuk Dr Khalid Ibrahim.

“A check with the private hospital named in the message showed that no patient was treated and died from eating a banana leaf meal or from the Nipah virus in the hospital,” said Dr Khalid in a statement.

He said the district health departments and the Health Ministry also did not receive any notification on a death caused by eating a banana leaf meal or from the Nipah virus.

“The public is advised to stop forwarding fake news without getting confirmation from the Health Ministry,” he said.

The viral message claimed that an individual had died after eating a banana leaf meal because bats can transmit the Nipah virus through banana leaves. GEORGE TOWN: To show his love and dedication to the King of Rock and Roll, Elvis Presley, 69-year-old T. Gunasegaran has spent more than RM30,000 on collectibles.

He has records, albums, posters and other Elvis Presley memorabilia sourced from Russia, the United States, Hong Kong and Thailand.

Gunasegaran, popularly known as Elvis Guna, is seen here showing the collection of albums at his home in Paya Terubong.

He has been a fan of the late singer since he was school kid.