Lawyer found dead in office due to suspected heart attack

ACP Chandra said police received a distress call at about 7.23am, alerting them to the incident along Jalan Dewan here.

He added that police reached the scene at around 7.45am, and was brought to Tsai's office by his son.

"Initial investigations at the scene revealed that there were no criminal elements involved. It is believed that Tsai had died from a heart attack," he explained.

ACP Chandra said Tsai was pronounced dead at the scene by medical personnel, and his body was sent to Hospital Queen Elizabeth 1 for a post-mortem.

Meanwhile, legal sources said Tsai had been working with his team on some cases involving Parti Warisan Sabah's election petitions at the time of his death. 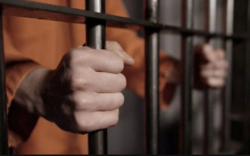