PETALING JAYA: UCSI University can now call itself Malaysia’s top private university as it has beaten its peers by breaching the top 500 of the 2019 QS World University Rankings.

It is ranked 481, placing it in the top 2% of all universities in the world.

This is the first time UCSI is featured in the QS World University Rankings.

“This is a culmination of our university-wide push for excellence and performance with specific strategies.

“It shows we are moving in the right direction.

“We are building the strengths of the university. Quality education is our priority and we want to be a standard bearer of thought leadership,” he said.

“It also boasts a good rank for faculty/student ratio and it is among the top 200 for proportion of international students,” he said.

UCSI seems a university with the potential to grow and certainly one to watch, Sowter added.

Taylor’s University vice-chancellor and president Prof Michael Driscoll said being listed in the world university rankings is their biggest achievement yet.

“This success, which is built on hard work and dedication of all our staff, will continue to be an inspiration to move on to bigger and better things.

Universiti Malaya (UM) has made it to the top 100, and is ranked in joint 87th place with Rice University in the United States.

UM moved up 27 places from 114th last year and has achieved its highest rank since the inception of the rankings in 2004.

Congratulating UM and the other universities in the rankings, Higher Education director-general Datin Dr Siti Hamisah Tapsir said this was consistent with UM’s recent achievement when it was listed in the Top 10 Best Global Universities for Engineering by US News and World Report in 2017.

“This achievement reflects the culture of academic excellence in research, as well as teaching and learning,” she said.

Sowter said Malaysia was among the most improved countries in this edition of the rankings.

The QS World University Rankings is an annual table of the top universities in the world. This year, 1,233 institutions from 85 countries were considered, with 1,011 institutions ranked and 1,000 published.

It is based on four key pillars, namely research, teaching, employability and internationalisation.

USM vice-chancellor Prof Datuk Dr Asma Ismail recognises the fact that their staff play a pivotal role in the betterment of the university. 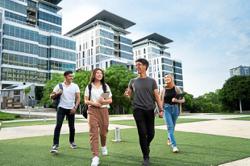