After the historic elections, Dr Syed Husin Ali is determined that we recognise the crossroads for Malaysia - but not to assume the battle is won.

“I am very happy with the change in government. I didn’t expect that the win would be so big. And I hope the follow-up brings real reforms and changes,” he says in an interview at Gerakbudaya bookstore in Petaling Jaya.

His life's work has seen him evolving from student leader, political party activist, academic, author, two six years stints as an ISA detainee and member of the Dewan Negara.

On the night of May 9, he was at PKR’s headquarters, leading the party's election war room.

One of his consistent rallying cries has been for the government to formulate economic policies to help the poor regardless of race.

“I hope the government will be pro-people in its economic and social policies, especially the disadvantaged and those who are at the lower rung of societies, of all ethnic groups.”

“There is also always the danger that you might slide back to old ways. There are people who have baggage in the present government but they have shown transformation.”

“There is a danger that as they gain power, then power corrupts. We don’t want a return to corruption and oppression and a government that just panders to big business.” Unsung heroes: Dr Syed (left) in the early 1990s with veteran leaders of the Socialist Front Dr Rajakumar, Pak Sako’s wife, Pak Sako and Tan Kai Hee who not only fought against the colonial power but also struggled to improve the socio-economic situation of the people. — Photos courtesy of DR SYED HUSIN ALI

A native of Batu Pahat, Dr Syed will be 82 later this year. For him, the air of liberation that is now sweeping through the country mustn’t be taken for granted.

“I hope there will be real democracy and freedom in this country. It is not just about human rights and political freedoms, but equal opportunity in the socio-economic sphere.”

“Some are afraid that if you do that then the Malays will lose out; my argument is that they won’t. If you take for instance, households that earn below RM3,000, more than two-thirds are Malays. So you will be pleasing the Malays and you won’t be angering the others by having very racial or ethnic-based policies.”

He is keenly aware that political and educational institutions have played their part in dividing Malaysians. “We must see real efforts to build up national unity and ethnic integration. The past government had been using racial and religious issues to gain support from the Malays, which failed (in this election).”

“We have to build through education, social activities and political parties. All should be multi-ethnic in their approach, and there must be no attempts at all to use race and religion to gain political support.” 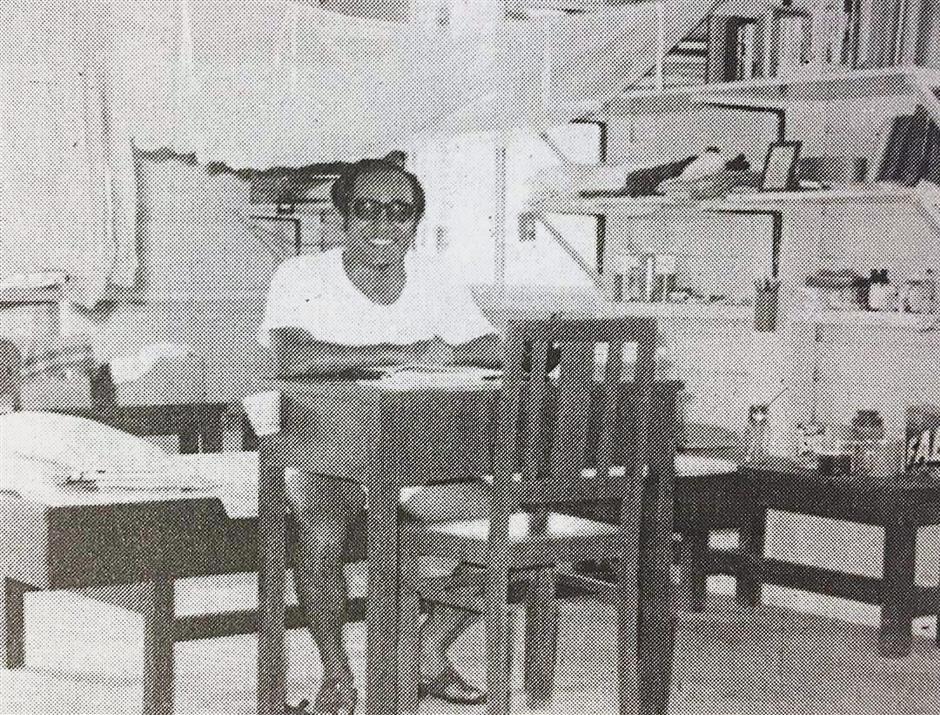 Dark days: Dr Syed was detained under ISA in Kamunting for six years but the experience did not kill his spirit.

In the aftermath of the elections, there have been investigations into the extravagant lifestyles of some former leaders. As a man who lives a simple, even austere lifestyle, does the scale of corruption come as a surprise?

“I was very surprised at its magnitude, but even more surprised at how they succumbed to it. And also there were those who were supporting the last government who were just keeping quiet about it. People outside the country were voicing these problems more than those inside the country.”

As a former student activist, Dr Syed believes that change can often begin in the classroom.

“I hope that more freedom will be given to students, and not just to take part in politics. The development of critical and creative minds should be encouraged.

"Universities these days are like high school, there is not enough political awareness and knowledge buildling.

"Restrictive laws like UUCA (the (Universities and University Colleges Act 1971) and Aku Janji for lecturers should be removed. Even at primary and secondary level, students should receive encouragement to think creatively.” 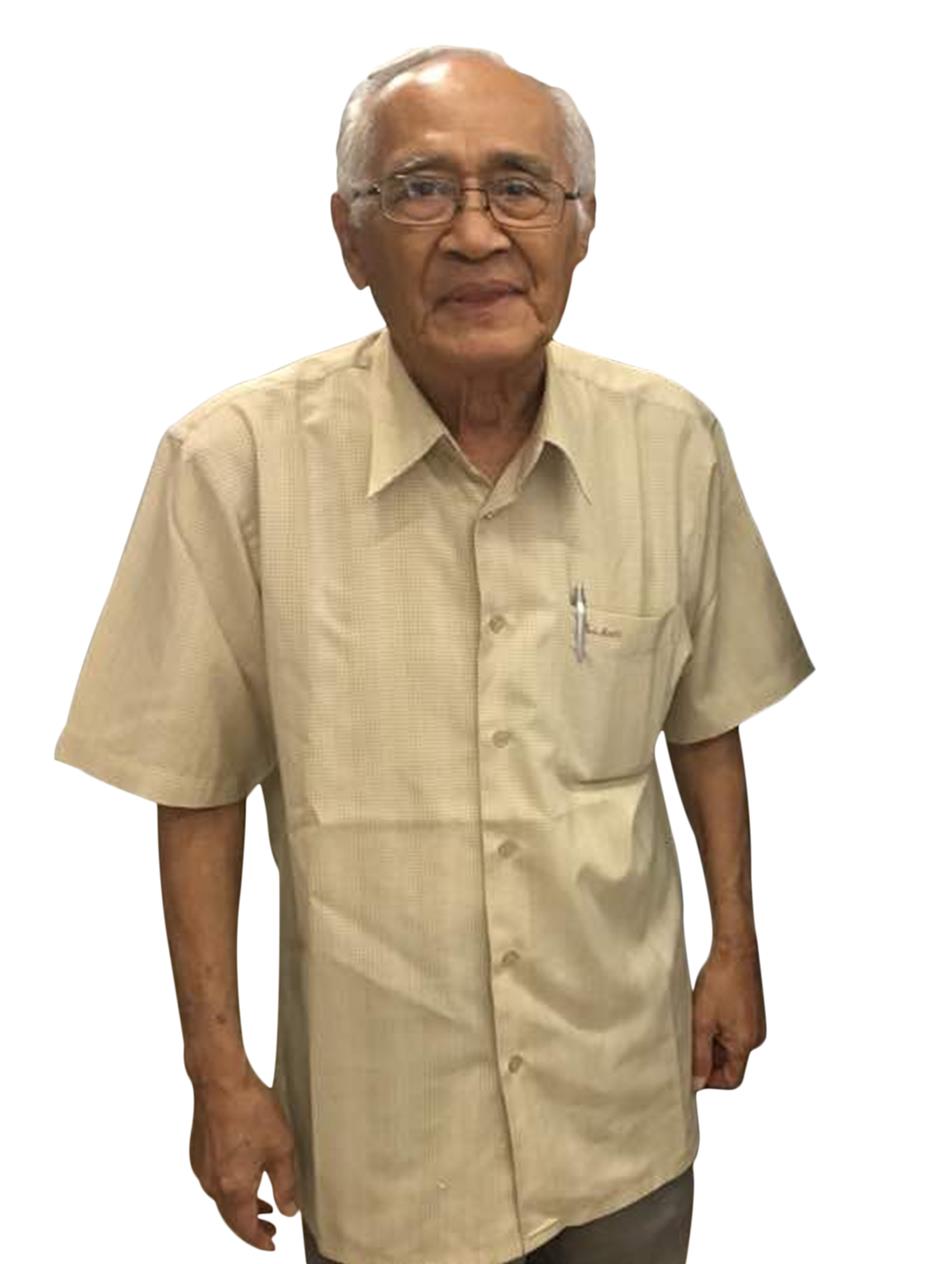 At a crossroads: We cannot assume the battle is won despite the historic change in government, says Dr Syed.

For Dr Syed, this election is a real turning point. Consider that he began his activism in the 1950s as a student in Universiti Malaya when the only campus was in Singapore.

“When I was a student, the environment for being active was different. The fight for Merdeka and development of social justice were considered important. When I was in my honours year around 1959, I had already become a member of Parti Rakyat Malaysia (PRM). I was inspired to join the party because I had the opportunity to meet three radical fighters for independence. These were Ahmad Boestaman, Dr Burhanuddin al-Helmy and Ishak Haji Mohd (known as Pak Sako). They of course led PRM, PAS and the Labour Party. I met them at a house in Kampung Baru, the house of the secretary of PRM at the time. We met just for an hour, and they did most of the talking. I was listening. They were saying to me that we should be concerned about genuine independence, not get caught in a neo-colonial relationship, and we must be concerned about the plight of the poor.”

Despite being an academician, Dr Syed frequently found himself thrust into fiery political situations. In 1974 he was detained without trial under the Internal Security Act.

“I was detained with over a thousand students at the beginning. Some student leaders like Anwar Ibrahim and lecturers like Gurdial Singh were also detained. We were taken mainly as a result of the participation of students and lecturers, and their support for the Baling incident. It was a gathering of more than 30,000 kampung people who were very angry with the economic conditions then. The price of rubber was down and members of parliament had raised their allowances. In Baling and Sik, in Kedah, there were large gatherings.”

Despite the torment he suffered and the separation from his wife and young family, Dr Syed refused to abandon his principles. “They took me in for six years. All kinds of attempts they made to kill my spirit, but my spirit only grew stronger.”

After his release from detention in 1980, Dr Syed did not chose a quiet life. Instead he returned to the political struggle with renewed vigour.

“When I became a lecturer I was already holding positions in PRM. When I became party president in 1990, I was asked to leave the university. In the 1990s we tried to build PRM, which was difficult. Then there was Reformasi in 1998 which changed things. Anwar wrote to me from prison, saying why don’t we merge. It took two to three general congress meetings and in 2003 we merged and I became PKR deputy president. All the time, we have been pushing for change. We always held this aspirations, and now we begin to see the realisation.”

As PKR deputy president, Dr Syed found himself nominated for the Dewan Negara following the watershed GE12 in 2008.

“I was Senator was two terms from 2009. Each term was three years and I represented Selangor. I really did not want to be Senator knowing what the Senate was, but then mentri besar (Tan Sri) Khalid Ibrahim and Anwar Ibrahim were pushing for me to do so. They bombarded me with letters and emails when I was doing my Haj in Mecca, and I relented.”

“I knew what the Senate was and I was proven right. It is just a rubber stamp. When you talk, the press doesn’t bother about you, the government doesn’t pay much attention. But I took my role very seriously. Every debate, I did my research, and give my full views. I wanted to put it on record, just as for instance, now Malaysia Baru is a catch phrase. PRM under me, we compiled a book titled just that, presented as a programme for a new society. I only hope I will be able to present these documents in the future.”

For many years Dr Syed’s PRM fought for a foothold among the political consciousness of his people. How does he view the realignment of parties among peninsular Malays with multiracial PKR competing with Malay-centric Pribumi and Umno, as well as the Islamist parties PAS and Amanah?

“In Kelantan and Terengganu it is still basically just Umno and PAS, and we were surprised that PAS made it. I think in the present government the coalition of parties along with DAP has done well during the election. In the west coast I believe that this combination will stay and get support for quite some time to come. I presume that in the east coast, Umno will start losing support and Harapan can launch a stronger challenge to PAS there.”

Finally we talked about the emotions on the night of May 9. Did Dr Syed think back and remember departed comrades such as Kassim Ahmad, Abdul Razak Ahmad, Karpal Singh and Tan Chee Koon?

“Not just them but many others going back to Boestaman, Dr Burhanuddin and Pak Sako. So many figures from much earlier are almost forgotten, that’s why I just wrote the People’s History of Malaysia. To show that there is the other side of history, not just the history of the elite. It was not just an anti-colonial struggle, but a fight to improve the socio-economic situation of the people in a capitalist environment.”

“On the election night itself, I monitored the results from the HQ, I happened to be chair of the war room for the party, and we were closely linked to branches and candidates. By 9pm I knew we had won. Even the numbers for Prabhakaran, the young Batu candidate; when the result came in I thought we were going to win.”

People had told him all his life not to bother to fight, as the institutions are too strong and the system won’t come down, but Dr Syed was never going to give up. “Changes are always possible in any society. Positive changes are desirable and we should struggle for them. Even if it is difficult in the beginning, we have to keep going and ultimately it will prevail.”