Jakim, Iksim appear on the radar

KUALA LUMPUR: The G25 group of eminent Malays wants the Malaysian Islamic Development Department (Jakim) to be reviewed and the Institute of Islamic Strategic Research Malaysia (Iksim) to be abolished.

“Iksim should be abolished as we are not sure what they are doing but maligning other Muslims as apostates and liberals.

In G25’s report, which it presented to IRC yesterday, the group said that Jakim legally could not remain in status quo and needed to be reviewed and reformed in line with the Federal Constitution.

It also called on the Council of Rulers to review Jakim’s role.

“Should it be decided that Jakim is necessary, the Constitution needs to be amended to include a provision making Jakim constitutional,” it said.

However, G25 said that if Jakim is found to be unnecessary, it should be dissolved.

“If the Constitution is followed by politicians, Jakim is unnecessary,” he told The Star.

“Jakim has no role, since religion is clearly stated to be under the Rulers and in the case of the Federal Territories, the Agong.”

Tawfik said Jakim was unconstitutional, and he believes that religious matters should revert to the states.

He said the functions of Jakim could be handled by the state and assisted by ministries.

“In the case of halal certificates, the method and guidelines are standard universally,” said Tawfik.

“Why do we need a Malaysian halal certification? This adds to cost,” he said.

If the ingredients had to be checked, Tawfik said the Health and Agriculture ministries could assist in the verification process.

Tawfik also claimed that Jakim had been given too much power.

“It is overreach when officers act on their own initiative. There were the ridiculous issues over hotdogs and root beer,” he said.

“Plus, if Jakim is shut down, it can save the Government RM810.9mil a year,” he said, referring to Jakim’s budget allocation for 2018.

Meanwhile, Muslim Youth Move­ment of Malaysia (Abim) welcomed the Government’s move to set up a committee to re-evaluate the role of Jakim.

Abim expects the role of Jakim to be “refreshed” and for the department to be more inclusive.

“Abim insists that the role of Jakim remains relevant and is particularly important for forming a more comprehensive understanding of Islam,” Abim president Mohamad Raimi Rahim said in a statement. 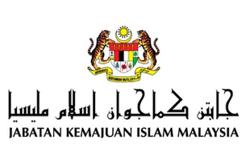 Jakim to conduct special prayers due to political uncertainty