1MDB controversy started from day one

> On May 27, 2009, Tan Sri Ismee Ismail and Datuk Shahrol Azral Ibrahim Halmi signed a deal arranged by AmInvestment Bank Bhd to raise RM5bil via the issuance of Islamic medium-term notes (IMTNs), despite being told not to do so by the Terengganu state government.

The controversies surrounding 1MDB started from day one.

The company was established as TIA on Feb 27, 2009. It had proposed to issue RM5bil worth of IMTNs as the initial fund, but decided to terminate the deal on May 22.

In a strange twist, the CEO of TIA went ahead with the deal three days later.

The CEO was immediately sacked by TIA, but a board of directors resolution signed by Ismee and Shahrol made sure that the fundraising exercise went through.

On May 29, TIA received RM4.385bil in net proceeds from IMTN from the full value of RM5bil, or RM87.92 for every RM100 as per AmBank recommendation.

Bandar Malaysia, TRX and other properties 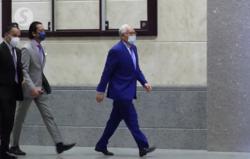