Jeffrey the ‘kingmaker’ in Sabah

Dr Jeffrey, who wrested the Tambunan state seat from his brother Tan Sri Joseph Pairin Kitingan, is being sought by both Barisan and Warisan, as his party managed to secure three seats, including the Keningau parliamentary seat and Bingkor state seat.

As official results started trickling in, both Barisan and Warisan (together with its partners PKR and DAP) claimed to have won 29 seats each in the 60-member state assembly.

They need two more seats to form a simple-majority government.

Tan Sri Musa Aman arrived at 12.30am to meet with the victorious Barisan assemblymen at his Seri Gaya residence.

He left briefly at 1.30am before returning 15 minutes later. 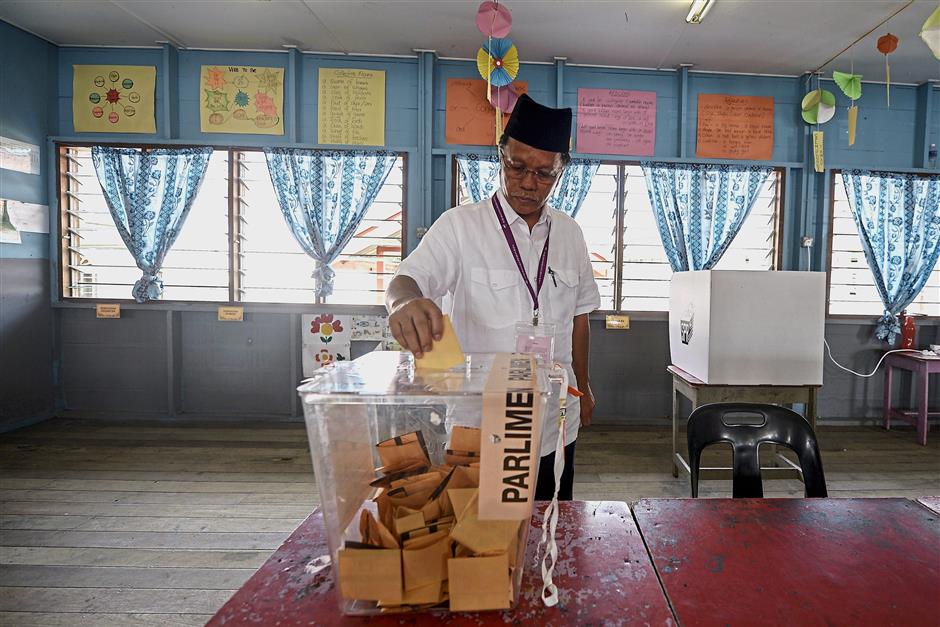 Making it count: Shafie casting his ballot at the SK Bubul polling station in Semporna. —Bernama

It is understood that he tried to meet with Head of State Tun Juhar Mahirruddin.

It is believed that negotiations will be carried out with Dr Jeffrey and other Barisan assemblymen to form the state government.

Shafie is believed to be in contact with Barisan assemblymen in a bid to strengthen his position so as to be sworn in as Sabah Chief Minister.

A crowd had gathered at Shafie’s house in Taman Golfview here for the election results.

It was a night of expected outcomes for some, and shocks for others in the state for both sides as the unofficial results indicated big names among the casualties.

It appeared that Musa and Barisan were heading for a shaky majority in the state assembly.

Umno strongholds in the east coast and interior Sabah were also reported to have crumbled.