Remains of unidentified man found in burnt car in Tuaran

TUARAN: The charred remains of an unidentified man were found in a badly-burnt car along Jalan Ranau-Tamparuli here.
Sabah Fire and Rescue Department operations chief Katizah Rahaban said five firemen were deployed to the scene after a distress call was received at about 8.30am Wednesday.
The team arrived at the site located between Kampung Tiong and Kampung Tomis an hour later, after a 60km drive from the station.
Katizah said the fire started as early as 5am.
"The car was only discovered at about 8am. The Tuaran Fire and Rescue Department were contacted by the police to extricate the remains from the driver's seat. The vehicle was completely destroyed by the flames," she explained.
The remains have been handed over to the police to facilitate investigations, and the owner of the car has been identified as Stanly Ho from Tuaran.
The operation ended at around 9.55am. 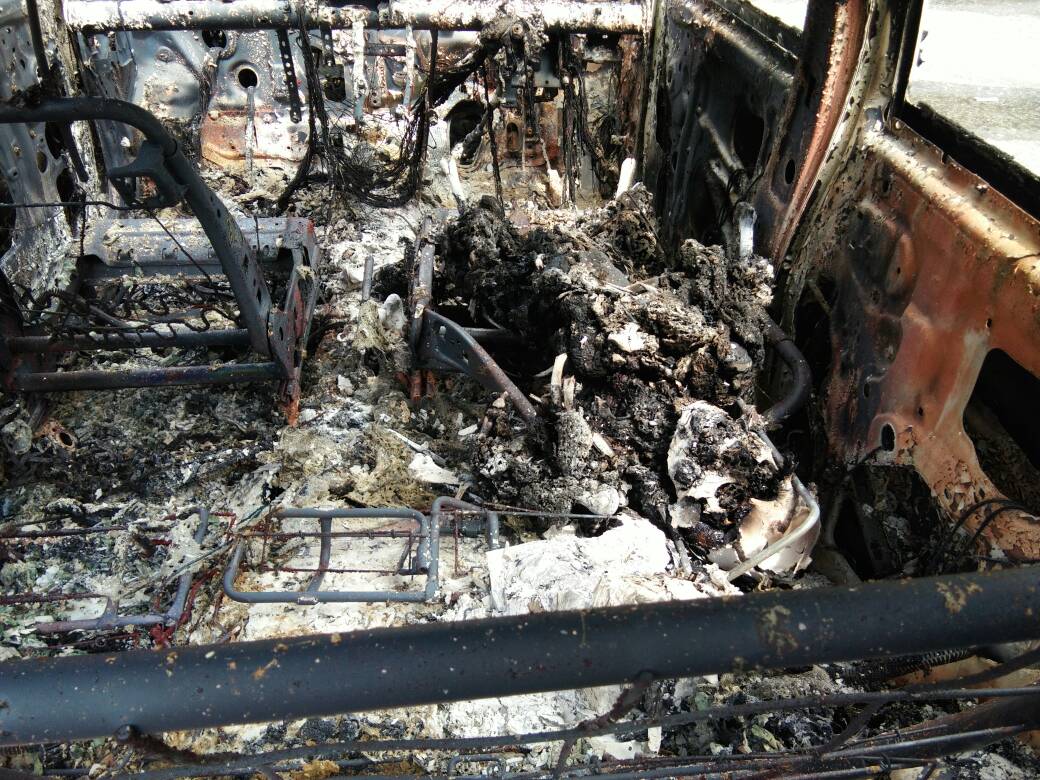