KUALA LUMPUR: Fresh durians will be exported to China at the end of the year.

He said both the ministry and the agencies were working on criteria and regulations.

“We will be able to send fresh durians to China, hopefully by this year,” he said.

“As of now, we can only export frozen durians there,” Liow added.

“When I met (China vice-premier) Liu He recently, I’ve raised the issues of bird nests and durians to him and he has taken immediate action.” 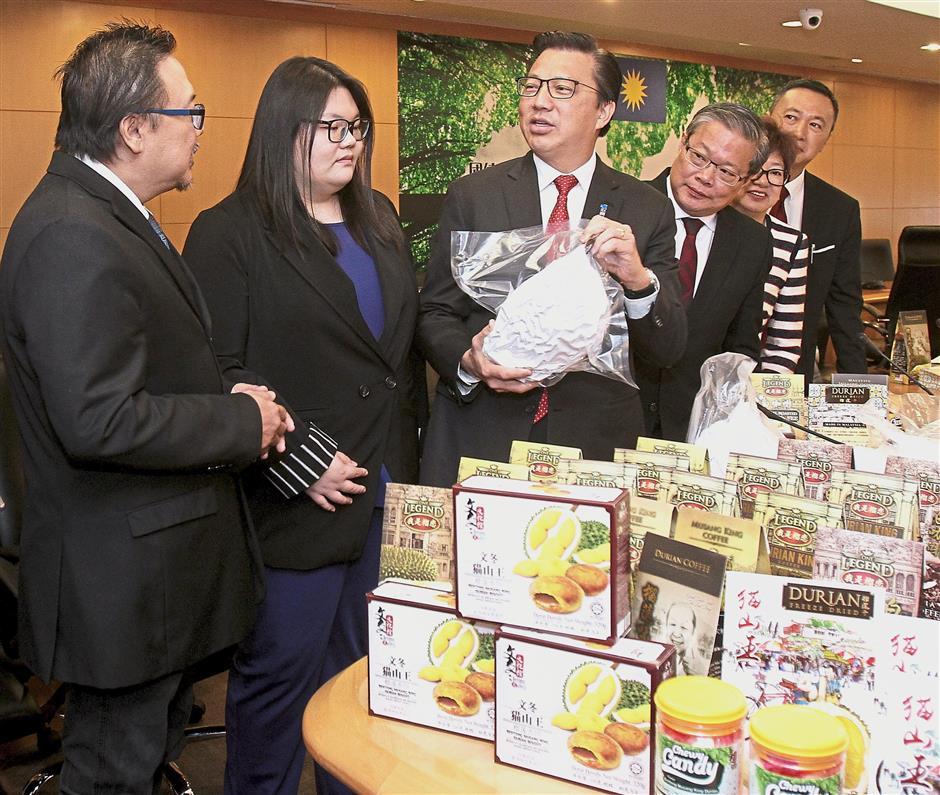 Sweet deal: Liow checking out the various durian products after witnessing the MOU signing ceremony between Malaysia and China.

Liow was speaking to reporters at Wisma MCA here after witnessing the signing of a memorandum of agreement (MoU) between TF Group of Companies and Shanghai National Portrait Co Ltd to promote Malaysia’s musang king and durian products in Shanghai.

“They will cooperate to promote our famed musang king and other durian-based products such as coffee and sweets,” Liow said.

“Malaysia was confident that its sales of durians – with their distinctively sweeter and stronger flavour – would increase, over time, in China,” he said.

Currently, Malaysia is only allowed to export processed or frozen durian to China while fresh durians have to go through a third country like Hong Kong or Thailand prior to entering the republic.

Durian galore, thanks to big harvest