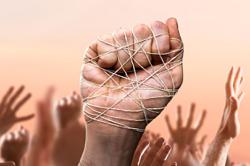 PETALING JAYA: A coalition of human rights groups has called on the Government to drop a proposed law to tackle fake news, saying it will stop people from speaking out on wrongs in the country.

"'Fake news' may be an increasingly popular buzzword, but it cannot serve as an excuse for the Government to censor criticism," the coalition said in a statement Friday (March 23).

"We urge the Government to drop the proposed Bill, which we believe is yet another attempt to stifle debate and criminalise those who speak out against corruption and human rights violations," they said.

The coalition, made up of 14 human rights groups in Malaysia, said that the Bill on fake news would add to a range of laws that have been used to violate the right to freedom of expression and undermine media freedom.

They said that with the upcoming general election, they are concerned that the Bill could be used as a dragnet to make it a crime to report on government misconduct and give critical opinions.

"Malaysian authorities have selectively prosecuted Opposition politicians, human rights defenders and journalists under existing laws for exercising their right to freedom of expression," said the statement.

The proposed Bill has received Cabinet approval and will be tabled in Parliament next week, ahead of the coming general election.

Minister in the Prime Minister's Department Datuk Seri Azalina Othman Said on Wednesday (March 21) said the proposed law is meant to be a preventive measure against the spread of unverified or fake news.

She said the Bill was drawn up "in the interests of the people" in order "to protect them" from being misinformed and being flooded with unverified news.

Azalina also said that the proposed law would not affect freedom of speech.

On Thursday (March 22), she said that elected representatives from Barisan Nasional as well as the Opposition would be invited to become members of the Special Committee on the Issue on the Dissemination of Fake News so that their views can be taken into account as well.

However, the coalition said the notion of "fake news" is extremely vague and open to arbitrary interpretation.

Laws criminalising or censoring "fake news" would likely give the authorities extensive powers to determine what information the public may access, said the coalition.

"Laws presented as attempts to protect the public from misinformation can often act as tools for governments to restrict the presentation of dissenting views or ideas," the group said.

The group noted that the United Nations and regional Special Rapporteurs have made clear in a joint declaration that broad restrictions on the dissemination of fake news are incompatible with global standards for restrictions on freedom of expression.

If the proposed fake news law is passed, it would "further suppress public discourse and legitimate criticism of public officials and other powerful individuals," they said.

The coalition is also concerned by the Government's exclusion of key stakeholders from civil society groups and the human rights community from consultations on the Bill.

"Any efforts to genuinely tackle the spread of misinformation online must be approached in a transparent, consultative manner, and avoid broad criminal restrictions on speech," it said.

The group called upon the Government to withdraw the proposed Bill and ensure that any future proposed laws that affect the media or civil society are developed by fully consulting all stakeholders. 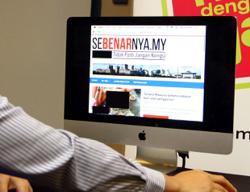 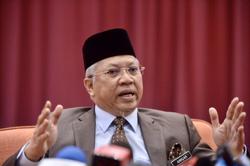