All ready to create waves

Work in progress: Lowering of the middle shield of the Variable Density Tunnel Boring Machine in Bandar Malaysia North.

Completed and open to the public within budget and schedule in July 2017, the Sungai Buloh-Kajang MRT line was built with the help of 10 tunnel boring machines (TBM), eight of them the world’s most sophisticated of their kind.

According to Datuk Ubull Din Om, managing director of Gamuda Engineering Sdn Bhd, the partnership between MMC Corporation Bhd and Gamuda Bhd – MMC Gamuda KVMRT (T) Sdn Bhd (or MGKT) – clinched the bid for the underground portion of the SBK line on account of its competitive pricing and technical prowess, especially after completing the 9.5km-long Stormwater Management and Traffic Tunnel (SMART) in Kuala Lumpur in 2007.

“Our bid for the Sungai Buloh-Serdang-Putrajaya MRT line, or MRT2, also enabled us to clinch the deal for the construction of 11 underground stations and the 13.5km pair of tunnels,” said Ubull.

The SSP tunnels start in Jalan Ipoh and end in Bandar Malaysia (South).

So far, MGKT has been on the job for 24 months and completed a quarter of the underground alignment.

MGKT has not approached the job lightly, despite managing to complete the SBK Line with relatively few hiccups. 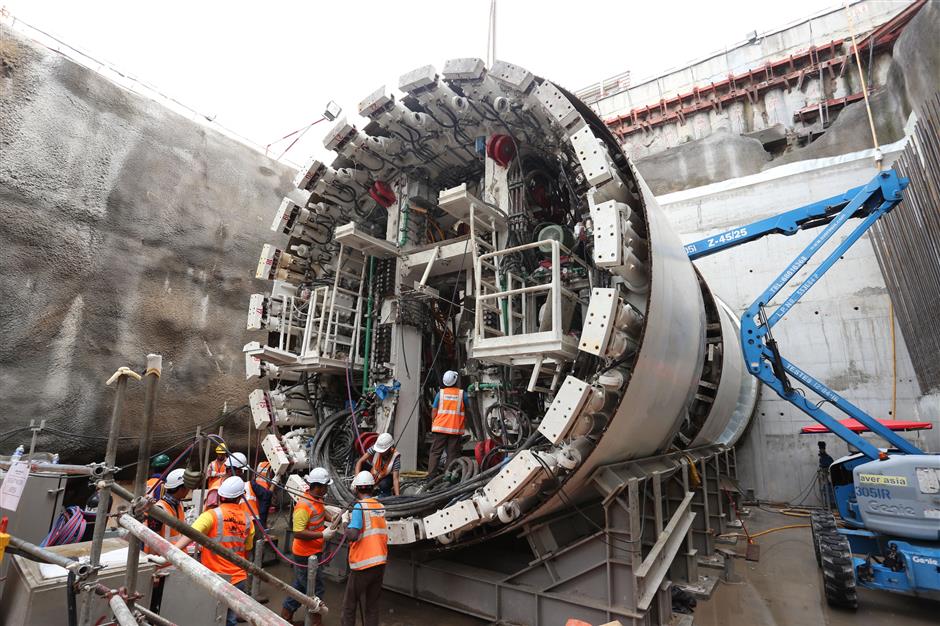 “It is indeed a misconception if people think that building the underground portion of the SSP Line is simpler after we completed the SBK Line,” said Ubull, who added that engineers have to contend with three different geological formations, chiefly karst, Kenny Hill, and granite.

Karst is weathered limestone that resembles Swiss cheese, while the Kenny Hill formation is dominated by various layers of sandstone and shale.

“In the SBK Line, we had to deal with two distinct types of formations, karst and Kenny Hill. Now, we have to deal with three different materials, and the tunnel boring machines have to cross through seven geological fault lines,” he said.

Geological faults in simple terms are planar fractures formed by the significant movement in rock mass due to high tectonic stresses.

Tunnelling through the fault is risky as the ground material can be fractured with high possibility of groundwater inflow.

Even as MGKT was working on the SBK line, it was actively making plans on how to retain the talent for future underground construction work, especially those involving tunnels constructed using tunnel boring machines.

After all, the human element in construction is just as important as sophisticated machinery. Fuad: MGKT’s focus on producing skilled manpower for the country means we now have a tunnelling workforce that is globally marketable.

“The TTA was set up in 2011 with the view of meeting the tunnelling manpower needs for MRT tunnelling works.

“To date, more than 500 tunnel workers have been trained with the number to be increased to 1,000 by the end of SSP tunnelling works,” Fuad added.

Located in Ipoh, Perak, the refurbishment plant was set up in 2014 as a means to extend the lifespan of the TBMs first used at the SBK Line. In theory, a TBM can be used for a nearly infinite amount of time as every single component that makes up its innards can be replaced or repaired.

Some workers who finished work at the SBK line were sent to the refurbishment plant to upskill them so that they are also familiar with disassembling and maintaining the machines.

“And then, they get to reassemble the machines again, which deepens their knowledge on the entire process of TBM maintenance and operations,” said Fuad.

“In effect, the plant also served as an extension of the TTA, where local talents learn the full cycle of manufacturing, operating, maintaining and repairing.

“This would mean direct investment in human capital which will ensure a sustainable pool of skilled workers, thus reducing our dependency on foreign workers.

“MGKT’s focus on producing skilled manpower for the country means we now have a tunnelling workforce with end-to-end technical expertise that is globally marketable, which in turn increases their human capital value. The TTA and refurbishment plants enable the transfer of technology and knowledge.”

Fuad estimates by the time the Klang Valley MRT project is finished, there will be around 1,000 skilled Malaysians who are highly conversant in underground construction work.

“We will have an entire team of experts who know the risks on the ground and they would know how to deal with them,” he said. 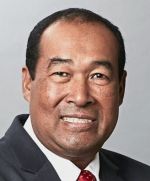 Ubull: Is quite confident that even in the face of increased risks and difficulties, things are still manageable, provided no one lets their guard down.

For now, MGKT will focus on completing the SSP Line in the best manner it can, in full observance of safety protocols.

Ubull himself is quite confident that even in the face of increased risks and difficulties, things are still manageable, provided no one lets their guard down.

“The job of tunnelling in Klang Valley can only get harder, not easier, as tunnels go through the central business district in the city and increasingly, tunnels will be built under or near developed areas featuring tall buildings or deep foundations, or even under existing tunnels,” Ubull said.

“Without wanting to sound overconfident, we are totally comfortable with our refurbished machines, which have been armed with modifications after lessons learned from the SBK Line.

“Together with our crew of dedicated people, we are ready to take on more challenges, be it within Malaysia or elsewhere.”

Fuad said that MGKT had become a genuine contender for tunnelling jobs, given its capacity and capability to assemble, operate and refurbish TBMs.

At the end of SSP tunnelling works, it will have 12 refurbished TBMs and a highly competent team behind it as it seeks to build more rail tunnels while transferring the benefits of cost savings to the project owner.