MERSING: Three people escaped death when the vehicle they were travelling in skidded and plunged into a ravine near a 15m deep landslide at KM16 along Jalan Jemaluang - Mersing here.

Mersing OCPD Deputy Supt Cyril Edward Nuing said one of the victims, identified as Swee Ah Peng, 60, suffered a minor injury and was sent to Mersing Hospital for treatment.

He said, however, police have yet to identify the other two victims who were involved in the incident which occurred at 2.30am on Monday (Jan 15). 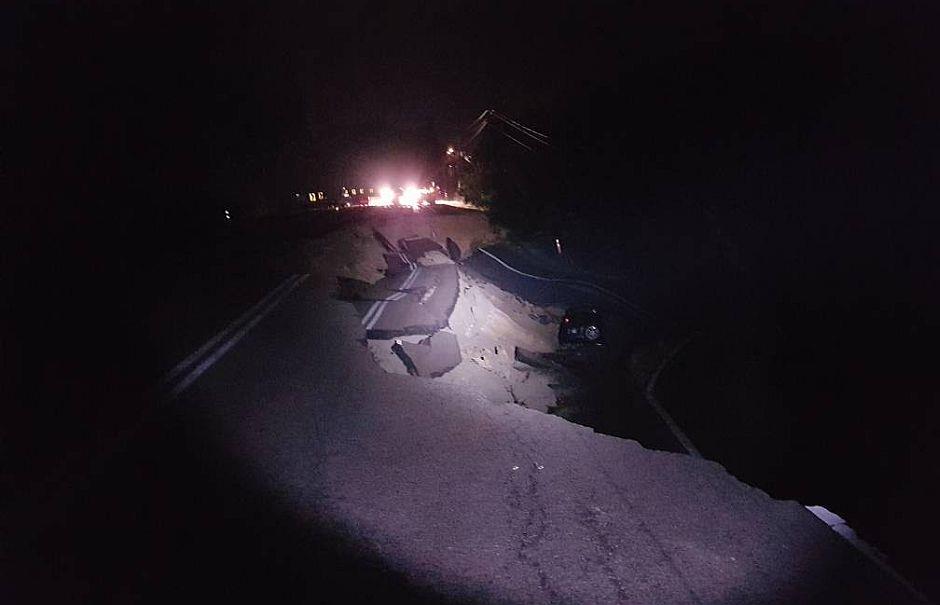 "As soon as police arrived at the scene, the injured victim was already rushed to the hospital while the other two victims had left for Senai International Airport," he said in a statement.

Road users who are travelling towards Johor Baru or Mersing have been advised to take the alternative route at Jalan Nitar - Jemaluang here.

DSP Nuing added that the road would remain closed till further notice as the cave-in had affected 70m of the road and was not passable to heavy or light vehicles.