The number of flood victims in the state increased to 357 people as compared to 318 the night before, after 39 people moved to the centre at Leban Chondong community hall.

In Pekan, 254 victims remained at five centres due to stagnant flood waters.

The number of flood victims in Segamat and Mersing, in Johor also increased to 118 compared to 95 the day before. 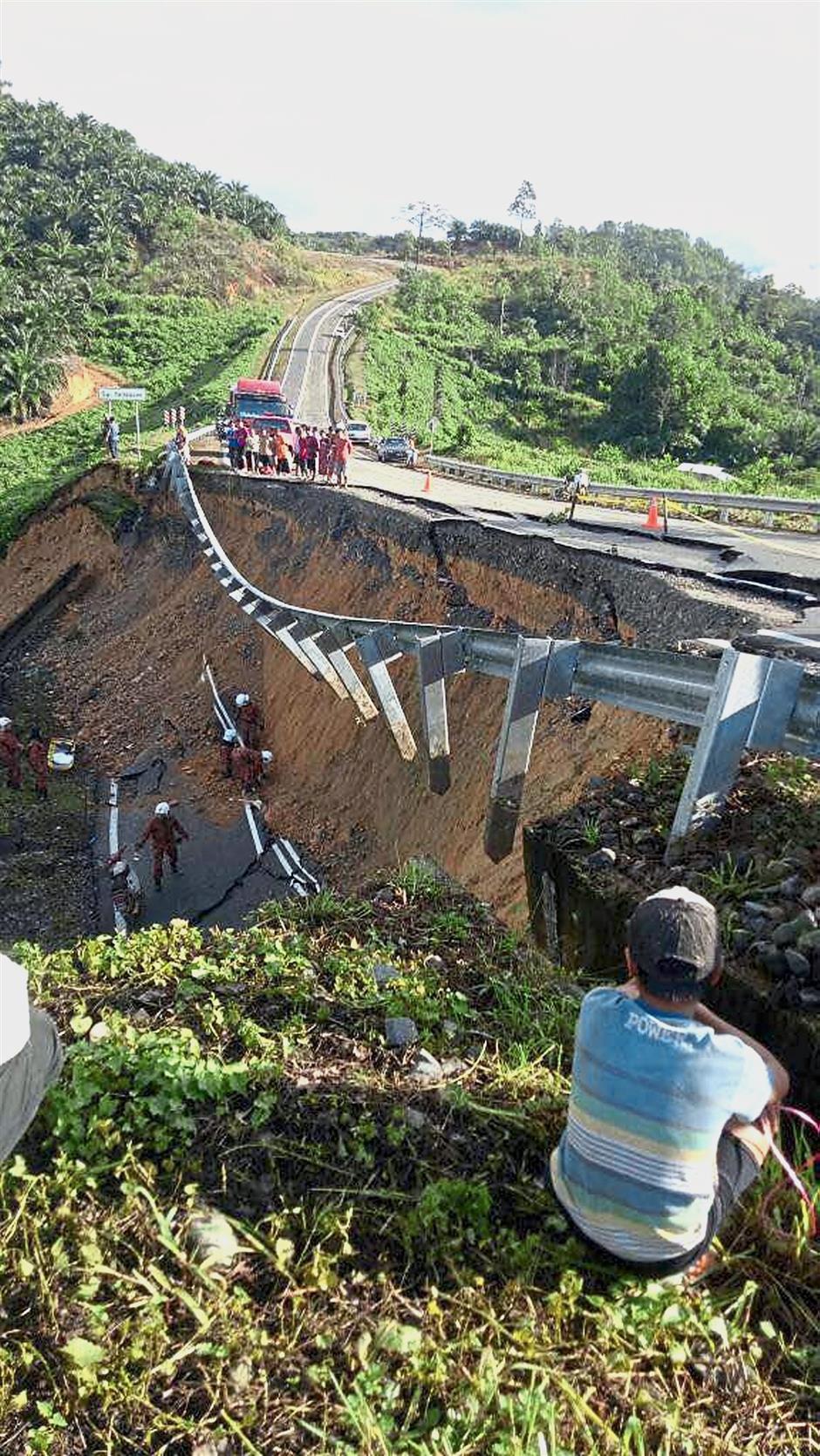 Precarious situation: Firemen searching for a motorcyclist and a pillion rider at the scene of a collapsed section of the Marak Parak-Ranau road in Kota Marudu, Sabah, following a downpour.

Another 34 from eight families were being sheltered at Balai Raya Kampung Tenglu, he said in a statement.

He added that a lane at Jalan Telok Arong in the same district has been closed to traffic due to a landslip but sections of the road were still accessible.

In Sabah, rising water levels of the main river in Pitas district forced 10 people from three families to remain at the evacuation centre at Kampung Sinukab Kinabongan.

Sarawak had to temporarily close one of its schools, SK Sungai Kelabit in Miri, due to floods which affected the school field, teachers quarters, generator shed and preschool.

The path to the school, which has 19 pupils, seven teachers and two administrative staff was also too dangerous to use.