KLANG: The late industrialist and philanthropist Tan Sri Yeoh Tiong Lay loved Hin Hua High School, which he co-founded in 1947, so much so that he was worried about its future.

So just months after his demise in October, his widow, Puan Sri Tan Kai Yong, presented a RM30mil cheque to the school to be parked under a charity fund named after her late husband and herself. 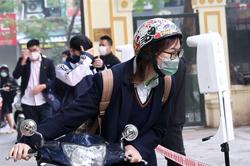