IT’S one of the world’s richest fishing grounds, where over half of the world’s fishing vessels cast their nets. But it’s threatened by overfishing, illegal fishing and fishing methods, and territorial disputes.

Is there a way forward for fisheries in the South China Sea?

At a conference hosted by the Maritime Institute of Malaysia (Mima) and the China Institute for International Strategic Studies in Beijing recently, naval and maritime officials, diplomats and academics from China and Asean brainstormed on the challenges of resource and environmental protection.

And as China and Asean begin negotiations on a Code of Conduct for the South China Sea (SCS), several delegates suggested there should be provisions to tackle illegal fishing and fishing methods.

At “Renewing Cooperation in the South China Sea: New Approaches to Addressing Maritime Security”, Dr Nguyen Thi Lan Anh, deputy director-general of the Bien Dong Institute for Maritime Studies at the Diplomatic Academy of Vietnam, pointed out that the SCS is one of the top five richest fishing grounds.

According to the Food and Agriculture Organisation (FAO), in 2014, 1.7 of the world’s 3.2 million fishing vessels were in these waters. 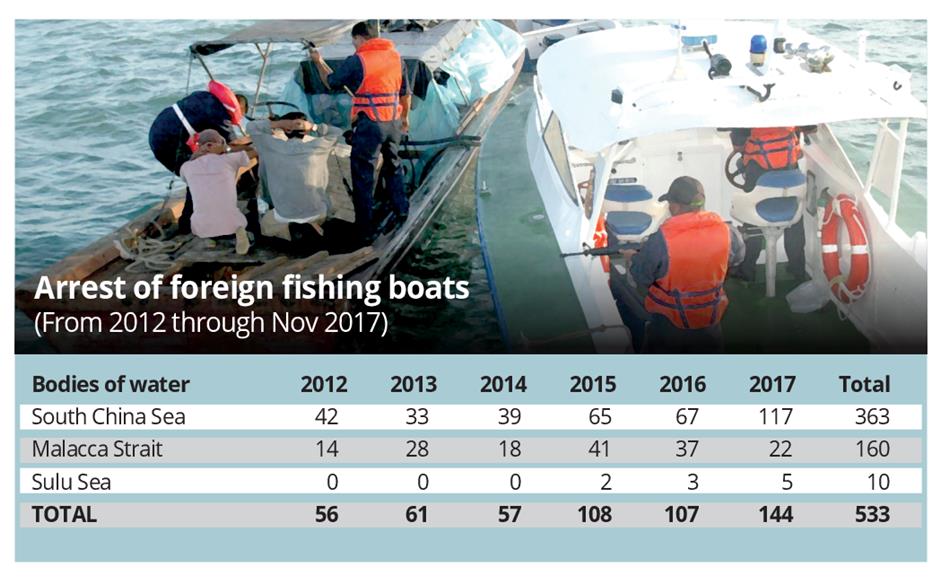 Unfortunately, many of them are heading south into the Exclusive Economic Zones (EEZs) of Malaysia and some of its Asean neighbours.

The former deputy commander of the East China Sea branch of China’s State Oceanic Administration, Dr Yu Zhi Rong, noted that since 1999, China has imposed an annual summer fishing moratorium in the SCS, north of the 12th parallel of north latitude, from June 1 to Aug 1.

“It is effective in protecting and restoring fishery resources, improving fishery ecology, protecting the long-term interest of fishermen, and promoting sustainable, steady and healthy development of the fishing industry,” he told Sunday Star.

Nguyen said that the ban covers almost half of the SCS, stretching into the EEZs of Vietnam and the Philippines.

After China began to arrest Vietnamese who were fishing in the area during those months, she said, they needed to find other fishing grounds.

They moved south and have been fishing illegally in the EEZs of Thailand, Indonesia, Malaysia, the Philippines and as far away as the South Pacific.

“In the north SCS, the dispute is intense and the area is overfished, so fishermen from Vietnam and China are encroaching in bigger numbers into our waters,” said Shahriman Lockman, senior analyst at the Institute of Strategic and International Studies.

“There will be collapse of the fish stocks soon, leading to higher prices.”

The Miri Fishermen’s Association protested in 2015 that they were unable to fish in the seas off Luconia Shoals since 2013 as they were chased away by the Chinese Navy.

“The issue has been resolved,” he said.

Nguyen proposed a Regional Fisheries Management Organisation and noted that the FAO already has a Code of Conduct for Responsible Fisheries.

Gilang Kembara, researcher at Indonesia’s Centre for Strategic and International Studies, suggested fishing equipment bans – on seine nets, for example, which sweep up not only “commercial” seafood but also bycatch which are not used as food.

He dreams of a provision in the COC for “an area where it’s illegal for any fishing to be conducted”.

This could later be turned into a permanent, multilateral maritime protected area, he said.

Delegates such as Nguyen supported the idea but Yu warned that with the territorial disputes in the SCS, that would be difficult to implement.

Chin hopes the COC will be “in place in the near future and at least we can use that as a tool or mechanism where we can discuss with the other parties”.