KUALA LUMPUR: The police are looking to add more women to the Federal Reserve Unit (FRU), which is set to be strengthened.

“In demonstrations, for example, there will be women taking part, and we would be better equipped to address the needs of women detainees if necessary,” he said.

He added that women FRU personnel are also deployed to ensure high security during prominent events such as the recent SEA Games in Kuala Lumpur.

Women make up only a small percentage of the FRU – there are just over 80 of them among its 2,400 personnel.

However, Mohamad Fuzi said plans to increase the recruitment of women will depend on government approval. The police chief also wants to boost the FRU’s logistics equipment, particularly its surveillance capabilities. Ready for action: FRU personnel conducting a demonstration at the FRU 62nd anniversary celebrations in Cheras.

“This is an important part of our improvement plans as we move with the times,” he said, adding that one of the major tasks of the FRU is controlling hooliganism during sporting events.

Mohamad Fuzi is also looking at having FRU contingents in Sabah and Sarawak.

It is learnt that there is FRU equipment, such as water cannons, in those states but no personnel.

The FRU is also in training for the upcoming general election to prevent any untoward incidents.

On a separate matter, Mohamad Fuzi said a man killed in a shootout with security forces in waters off Pulau Kantong Kalungan near Lahad Datu on Monday had been on the wanted list for “quite some time”.

Abu Paliyak or Kamaner Paliyak @ Yusof is believed to have been involved in several robberies with various groups operating in the southern Philippines, including the Abu Sayyaf and Remy Group kidnap-for-ransom outfit.

“We received information that he had infiltrated our borders and managed to eliminate him,” he said. 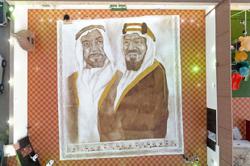