Greens for grabs: A vegetable vendor manning his stall at the Jalan Othman market in Petaling Jaya.

IPOH: Fishermen in several states have warned of a price increase for seafood as they brace for a considerably lower catch, mainly as a result of the adverse weather.

The price of seafood from the coast of Perak is set to increase by between 20% and 60% soon as its yield is affected by the monsoon season.

“It has not been a good year for the fishermen in Pantai Remis (numbering about 300).

“A boat that would usually net about 10 tonnes of fish a year is only catching about half of that now,” said Khor, who is also Malaysia Fish Industries General Association secretary.

With a lower yield, she said, prices would go up.

“Depending on the size, ikan kembung (mackerel) could rise from RM5 or RM6 to about RM10 per kilo.

“The price of sardines could rise from RM4 to RM7, while cencaru (torpedo scad) could go from RM4 or RM5 to RM6 or RM7,” she added.

Kuala Sepetang Fishermen Co-op­erative representative Bee Liang Chai said the price of prawns could rise by 20% due to lower yield this time around.

The bigger prawns, he said, could cost about RM40 per kg, while the mid-sized and smaller ones were priced at RM20 and RM10 per kg respectively.

“It rained heavily in the last two months but even though there is less rain now, the catch has decreased compared to previous years,” he added.

Meanwhile, Cameron Highlands Malay Farmers Association chairman Datuk Syed Abdul Rahman Syed Abdul Rashid said he was expecting a 20% to 25% drop in the harvest of vegetables during the rainy season.

He noted that the rain could also cause the produce to be spoilt by fungus growth or bacterial diseases.

Prices of vegetables may increase due to the lower harvest, especially this month and the next, he added.

Tomatoes are expected to cost RM4 per kg, up from RM3, while cabbages will go from RM1.20 to RM2, and French beans may cost between RM4 and RM4.50, from RM2.

Syed Abdul Rahman said the prices might normalise after Christmas.

In Melaka, fishermen are also anticipating a lower haul until the end of next month due to adverse weather and rough seas.

Rashid Mat Zin, 47, from Pulau Gadong, said they could only cast their nets along the shoreline due to choppy waters in mid-sea.

“Monstrous waves and strong winds make it hard for us to control our boats,” he said.

“We had to skip going to sea when there were thunderstorms and only fished along the shoreline.”

Rashid conceded that due to the dip in their haul, fish prices in the state had shot up.

“It is the worst this year because of the unusually heavy rainfall and strong winds,” he said, adding that only huge fishing vessels could endure the rough seas.

In Johor Baru, however, fishermen are blaming the middlemen for the drastic increase in the price of fish during the monsoon season.

South Johor Fishermen Associa­tion president Azli Mohd Aziz said: “We are still selling our fish at RM10 per kilo, while the middlemen who buy from the fishermen are using the rainy season as an excuse to hike up prices by RM18 to RM20 per kilo.

“I feel sorry for the consumers as they are forced to pay premium prices for their fish now.”

Azli said many association members were not going too far out to sea to avoid the huge waves and winds.

“We fish within a 3km radius due to the monsoon, which is expected to last until February,” he said, adding that the Government should set a ceiling price to ensure that prices do not spiral out of control.

He suggested that the Government set up more fishermen’s markets for them to sell their catch directly to consumers.

Unruly weather keeps Selangor fisherman from going out to sea

Fish farmers take a hit, but bigger catches for anglers 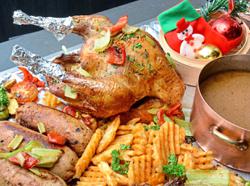