The Deputy Prime Minister said for a start, 20,000 borrowers who had been declared bankrupt on technicality or for being a social guarantor would be free of the status in one year.

"We want to release them from the burden they had to bear as social guarantors. We want this matter to be resolved 100 per cent within five years.

"It may be laborious but not impossible," he said while closing the Consumer Forum 2017 organised by the Malaysian Islamic Consumer Association (PPIM) here on Saturday.

Dr Ma'amor meanwhile, said PPIM was optimistic that the move could be expedited as hoped by the government.

"Indeed we are committed in seeing this issue through and with the backing of the government, the process would surely be smoother," he told reporters, adding that the association had been helping bankrupt individuals in settling their cases for more than 10 years.

Two main topics were discussed, which were 'Survival Pengguna: Mengadaptasi Kenaikan Kos Sara Hidup' and 'Kebangkitan Pengguna: Mencegah Masalah Ah Long dan Muflis'. During the forum, PPIM also expressed its desire for a consumerism chair to be created in the senate. - Bernama 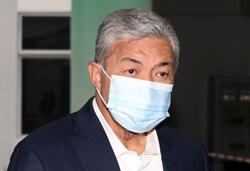