Non-believers need to be tracked down, says minister 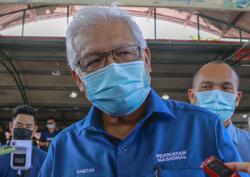 KUALA LUMPUR: Non-believers in Malaysia should be “hunted down” as Malaysia has no place for atheism, says Datuk Seri Dr Shahidan Kassim (pic).

The Minister in the Prime Minister’s Department said such groups go against the Federal Constitution, which states Islam is the official religion while others are free to practise their own faith.

“Not once does it (the Constitution) mention atheism. This clearly shows that the group goes against the Constitution and basic rights,” he told the press in Parliament here on Tuesday.

A group called Atheist Republic had a gathering of its Kuala Lumpur chapter recently, and a photo of the gathering has triggered outrage from some in the Muslim community after it was highlighted on social media.

Shahidan said he would suggest to religious departments and muftis to intervene in the matter by identifying members of the group.

“I suggest we track them down and identify each of them. After that, we have to bring them back to the right path,” he said.

He said these people became atheists because they lacked religious understanding and knowledge.

“That is why they are easily swayed by new age teachings,” he said.

However, Shahidan said the group needs to be dealt with in a proper manner.

“We can’t act in such a way where they could gain sympathy from other people. This would just make them more popular,” he said.

It was reported that the Federal Government would investigate the local group, with the help of the Malaysian Communications and Multimedia Commission as it involved the faith of Muslims.

Atheist Republic has close to two million followers and supporters on Facebook, with hundreds of chapters worldwide including in Indonesia and the Philippines. 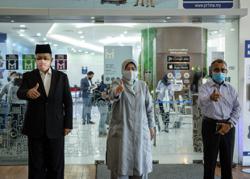