PUTRAJAYA: The Animal Welfare Act, aimed at stopping animal cruelty and promoting responsible pet ownership, will be enforced from Tuesday.

Described as a “game changer” by animal welfare groups, the implementation of the new law will be announced by Agriculture and Agro-based Industry Minister Datuk Seri Ahmad Shabery Cheek at an event on the same day.

He will also reveal the formation of an Animal Welfare Board.

“The Act will deal with animal abusers seriously, as reflected in its punishments,” he told Sunday Star.

Dr Quaza said the minimum fine of RM20,000 for abusing animals was even higher than the RM2,000 fine for certain offences such as slapping another person.

The penalty is significantly heavier compared to that in the current Animals Act, which punishes animal abusers with a maximum fine of RM50,000, one year in jail, or both.

Dr Quaza said the department would also come up with regulations and set the requirements to be met by pet shops before they can obtain their operating licence.

“Such requirements will cover aspects like the amount of space needed for the animals, the quality of feed and care to be given.

“Even pet shops will have to fulfil such conditions before they can get their licence,” he said.

Other activities involving animals such as animal boarding and animal shelters will also be licensed.

In line with the new Act, members of the soon-to-be formed Animal Welfare Board, aimed at raising public awareness and monitoring animal welfare, will be announced on Tuesday.

The board will be assisted by a consultative committee, made up of animal welfare groups and non-governmental organisations

One of the NGOs to be a part of the consultative committee is the Society for the Prevention of Cruelty to Animals (SPCA).

When contacted, SPCA Selangor chairman Christine Chin confirmed that she would be part of the committee, saying that the panel would be a good channel to convey the voice of animal welfare groups.

Describing the new law as a “game changer”, she pointed out that pet owners who fail to fulfil the needs of the animals can be fined between RM15,000 and RM75,000, jailed for two years or both.

The law also makes it an offence to abandon pets in circumstances where the animal is likely to suffer pain, starvation, injury or illness.

Lost Animal Souls Shelter founder and president Vignes Chelliah lauded the implementation of the Act as it had been eagerly awaited by many groups.

“I am all for it. However, I hope the authorities will see it through and ensure that it is followed by action,” she said. 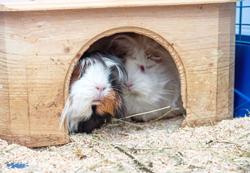