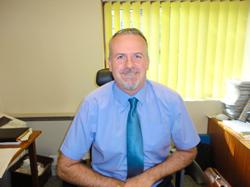 China insists Covid-19 can be imported through food, the world disagrees

Edible plate: Ramaness taking a bite out of his product to show that it is safe and can even be eaten.

ASTANA: While serving as a climate change auditor with the United Nations from 2008 to 2009, P. Ramaness was confronted with the damage done to the environment by non-biodegradable food packaging materials.

“The amount of carbon dioxide emission from the waste management process of items such as plastic disposable packaging and take-away food and drink containers was shocking,” said Ramaness when met at the Malaysian Pavilion of the Astana Expo 2017 yesterday.

Wanting to do something to counter the problem, Ramaness believed the best solution would be to come up with a range of eco-friendly food packaging products.

Then an idea to produce biodegradable tableware from renewable resources hit him, he said.

The company uses a patented bio-enzymatic technology to manufacture the products while it buys the raw material from 1,300 padi smallholders in the northern states.

It was one of the six eco-friendly businesses showcased at the Malaysian Pavilion.

According to Ramaness, he managed to initiate the business with the help of the Malaysian Bioeconomy Development Corporation.

“I pitched my plans and idea to them through their Bio Nexus programme,” said Ramaness who holds first and postgraduate degrees from Universiti Sains Malaysia and Preston University in the United States respectively.

Free The Seed Sdn Bhd currently supplies biodegradable plates and food packaging items to several local councils in Malaysia to be used in food courts managed by them.

He added that the items manufactured by his company biodegrades in 180 days.

Free The Seed Sdn Bhd’s presentation at the exposition caught the eye of several Kazakhstan companies dealing with the import and trade of food packaging products.

The theme of the 93-day exposition is “Energy of the Future”, which is aimed at addressing the global problem of energy consumption.

Week three of the exposition, from June 26 to June 30, is a joint collaboration between the Science, Technology and Innovation Ministry, Bioeconomy Corporation, Yayasan Inovasi Malaysia and Sirim Bhd. 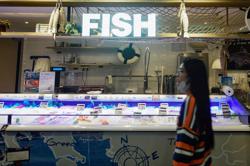 China insists Covid-19 can be imported through food, the world disagrees