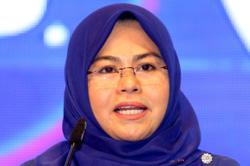 PUTRAJAYA: All five public research universities in Malaysia have been listed in the top 1% universities worldwide.

The universities showed an improvement in the world ranking list for the year 2017/2018 issued by Quacquarelli Symonds (QS).

"The Ministry of Higher Education is confident that the strategic plans outlined in the Malaysia Education Blueprint 2015-2025 will allow our universities to be among the world's best 100 universities earlier than expected," he said.

Idris said between 2007 and 2016, university research had generated more than RM6.18bil in revenue for the country and this was a 55.3% return on the initial research investment from the government totalling RM3.98bil.

QS is the world's first university rating agency recognised by the International Ranking Expert Group, and is considered an important reference for stakeholders worldwide.

QS rankings are based on six key performance indicators including academic reputation.

The ranking system also evaluates the research, teaching, marketability and internationalisation of each university. - Bernama Khazanah and Petronas should expedite purchase of laptops, says Najib
Scammers impersonating friends or family to cheat people in PJ, say police
Terengganu MB thanks Selangor govt for RM500k contribution for flood recovery efforts
Vell Paari: MIC has no problems with PAS, has issues with ‘arrogant behaviour" of Kedah MB
Five charged with trafficking over RM340mil of drugs in Johor
Those feeling ill after coming from Covid-19 high-risk areas should be tested, says Sarawak health director
Mad rush for police permits ahead of strict enforcement in Sibu
Cops probe missing jewellery claim at Seremban hospital
Anwar files judicial review application to challenge govt decision over Emergency proclamation
Thaipusam: Devotees not allowed to accompany chariot throughout its journey to Batu Caves and back, says ministry