Rehman at the launch of his book in October 2016

PETALING JAYA: Veteran journalist and author Rehman Rashid, who suffered a heart attack in January, passed away Saturday. He was 62.

His brother, Rafique, texted the media at around 8.15am to say that Rehman had passed on.

Rafique told Bernama that Rehman died at about 6.30am at Selayang Hospital.

"At the moment, the actual cause of death has yet to be ascertained but we suspect it had something to do with the heart attack that he had previously," he said.

Rehman had suffered a heart attack while out cycling in January and was warded at Selayang Hospital.

Rehman was born in Taiping, Perak in 1955. He studied at the Malay College Kuala Kangsar and later at University College Swansea, Wales.

He became a journalist in 1981, working at the New Straits Times as associate editor and columnist, and Asiaweek in Hong Kong.

Rehman was Malaysian Press Institute's Journalist of the Year for 1985.

He has written several books, including Small Town in 2016, Pangkor: Treasure of the Straits, and Peninsula: A Story of Malaysia.

Rehman was buried at the Kuala Kubu Road cemetery at around 2.30pm after prayers at the Masjid Jamek Ar Rahimah in Kuala Kubu Baru,

He is also survived by his mother Rosnah, 81.

"My brother always put quality above all else. He was a perfectionist and instilled that ethic in many. He was also a historian and wanted Malaysians to know where they came from if they wanted to know who they are and where they’re going," Rafique told The Star.

He added that Rehman was inimitable; a one-off and most likely the last of his kind.

"An elder brother is usually a younger brother's biggest influence and first idol. He sure was mine. I will miss him," said Rafique.

Meanwhile, Star Media Group managing director and chief executive officer Datuk Seri Wong Chun Wai said he is deeply saddened as Rehman was a true Malaysian who believed in the importance of moderation.

"Rehman remains one of the best writers of Malaysia. He remains a legend," said Wong. 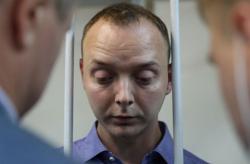 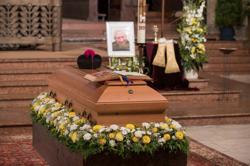