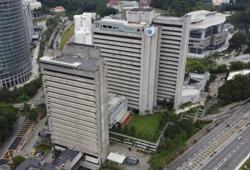 KUALA LUMPUR: Police will begin investigations into the controversial Penang-based money game firm JJPTR following a report made in Johor.

“The police have only received one report on the matter and will investigate the case under Section 420 of the Penal Code for cheating,” said Bukit Aman Commercial Crime Investigation Department (CCID) director Comm Datuk Acryl Sani Abdullah Sani.

He told China Press yesterday that the report against JJPTR involved RM2,100.

The police, he added, received 237 reports related to investment fraud in the first three months of the year, with losses estimated at RM90.4mil.

In George Town, another “30% profit per month” Malaysian company has begun drawing concerns over social media.

Richway Global Venture’s Facebook page has been swarmed with postings from people who claim that the company failed to pay them the promised 30% refund.

Some also said they could not log on to their accounts. A post claimed that money had been channelled to the company for days, but the Facebook user still had not received any update from them.

A check on Bank Negara’s website showed that Richway is not listed among the 288 companies and individuals listed on its Financial Consumer Alert.

A search showed that the company operated several websites, and it was unclear where it was based as no physical address was provided.

A WeChat screenshot dated April 19, believed to be that of a Richway official group chat, was posted on one of the company’s Facebook pages.

A person in the chat lamented about those who lodged police reports against the company, claiming that this “caused trouble” to the boss.

On one of the Richway Facebook pages, named “Richway Global Venture RGV 30% Profit/Month – MY Passive Income”, a posting on April 20 stated that the company’s system was temporarily down until further notice.

Registration and top-ups were disallowed while profit payouts would continue as usual.

Investors were to receive 10% return every 10 days. The company stated that it was involved in plantation, fisheries and forex trading.