AN officer and a gentleman. That’s the first thing that strikes you about Customs director-general Datuk Subromaniam Tholasy. Soft-spoken, well-read and down to earth.

Growing up in a rubber estate in Muar, Johor, the father-of-three knows the value of hard work. His late parents were rubber tappers. They’d tap rubber in the mornings before heading to the padi fields for more back-breaking work. The day only ends after the cows are tended to.

It was tough raising 10 kids but they toiled so that their children would have a good education. Each time a child gets into university, Subromaniam’s father would sell a cow to help pay the expenses. The 58-year-old customs chief learnt the value of hard work at a very young age.

His father’s words ring clear: “Don’t rely on anyone. If you want to succeed in life, work hard. Be yourself and never look down on others.” These are life lessons he still holds dear.

Sadly, he laments that his parents aren’t here to witness his success today. Subromaniam, who joined the department in 1984, was appointed Customs director-general on March 24. Over three decades of experience in administration, tax management and enforcement, he cites the Goods and Services Tax (GST) implementation period as among his most challenging. As the then GST director, he was the department’s public face, clarifying issues and assuring Malaysians that the tax revamp wasn’t going to turn their lives upside down.

Sunday Star caught up with Subromaniam a week after his appointment to get to know the man behind the uniform.

Recalling his days as a University of Hampshire student in the United States, the Masters in Business Administration graduate lists seeing the northern lights in winter as his most interesting travel memory.

When not gazing into the star-studded sky with his telescope, the astronomy enthusiast reads science fiction and management books. He also bowls, plays badminton and enjoys football.

Subromaniam fondly remembers playing on the same pitch as fellow customs officer Kamaruddin Abdullah – a national player who was part of the team that qualified for the Olympics back in the day. It was an honour he cherishes.

Subromaniam comes across as both patient and humorous but he’s dead serious when it comes to his mission to “reinvent customs”, clean up corruption and raise the Government’s revenue collection.

We cannot be in denial. Tackling the structural defects in processes and procedures ensures that there’s no room for misdeclarations and under declarations. This will automatically lead to higher revenue collection, plugging loopholes and minimising corruption. That’s why CRM is so important. If we fail to do this before looking at other issues like enforcement, it’s like treating a symptom without curing the disease. Integrity issues also involve identifying weaknesses in processes and procedures. Why do people under declare? It could be because the system allows it. It’s unfair to blame all corruption that happens at the ports on us. Corrupt practices don’t just involve our officers. There are many players there - shipping agents, brokers, port people and so on. People think we’re not doing anything but we sack an average of 40 individuals a year for issues like sexual harassment, discipline problems and taking bribes. I’m confident that the new initiatives will see results. Good policies that are already in place will continue with minor changes. Small changes can have a big impact, especially if we’re looking at early bleeds in processes and procedures.

> You’ve a nuclear physics degree from Universiti Kebangsaan Malaysia (UKM). Do you feel that knowledge is wasted?

We’ve over 14,000 staff from all disciplines. Knowledge required of a customs officer has evolved so much. It’s not like those days anymore. Now we have to be all rounders with knowledge about chemicals, biological weapons, biology, nuclear science and so on. There’s actually an urgent need for us to know about radioactivity to keep our ports safe. When an item is imported, it could contain hazardous material so it’s the customs officer’s duty to know whether the substance is correctly declared. For example, many think drugs come in as cocaine or methamphetamine but illegal substances can be imported as raw materials and made into synthetic drugs later. So, customs officers at entry points need sound knowledge in all these areas. Just by looking at a declaration form, a very experienced customs officer can spot what others would dismiss as harmless chemicals. For example, we’ve seized huge amounts of fertilisers. Why? Because it can be used to make bombs. What would a non-agro-based company need so much fertilisers for? The public think customs officers just wait at the gate and collect taxes but we do more than that.

> The VX nerve agent identified as the substance that killed Kim Jong-nam, the half-brother of North Korean leader Kim Jong-un, on Feb 13, is classified by the United Nations as a “weapon of mass destruction”. How did it get into the country?

It probably came in a very small quantity so no one would have realised it. If people don’t import by commercial means, a passenger can bring in small amounts of the substance with him. Unless you stop them and check, you won’t know. It’s extremely difficult but we have plainclothes officers on the lookout for suspicious passengers. Malaysians needn’t worry about VX. If we suspect something illegal is being imported, we’ll take a sample and send it to a chemist. We have the power to detain goods until we get clearance from a competent authority. Our officers are well-trained in risk management. Sometimes we get tip offs from the World Customs Organisation – an intergovernmental organisation headquartered in Brussels, Belgium. We also have excellent networking with the Regional Intelligence Liaison Office which is based in South Korea. With information from our network, we can target shipments that are hazardous. Recently, we turned away a shipment of hazardous environmental material in Port Klang.

> It’s been two years since the GST was implemented on April 1, 2015. As GST director then, you were probably the most hated man in the country at the time. How tough was it?

It was very challenging. The GST was our biggest tax reform. Even in other countries, it’s a contentious issue. But our Government did the right thing. GST isn’t just about taxing goods and services. It’s about making our country more competitive and making prices more transparent.

My biggest challenge was changing the officers’ mindset. Traditionally, customs officers are known as gatekeepers. They have a very authoritative ‘I-am-Customs-so-you-must-pay’ attitude. We had to change their mind frame to be more consultative and better able to engage with industries. We had to educate them so I started a hand-holding programme to change their approach to a softer one.

> You’re the first non-bumiputra to hold the post of Customs director-general. Were you surprised?

I’m very appreciative of the Government and Agong because this post requires the Ruler’s consent. My appointment proves that anyone can succeed in the civil service because we have a very open government. The fact that I was successful in helping with the GST could have been a factor in my appointment.

Yes, constantly. If a parcel is detained, a seizure notice will be issued to the recipient who must then pay the tax or duty at the customs office where the item is detained. The parcel can be collected as a soon as payment is made.

Customs will never ask for any payment to be channelled into personal bank accounts. We’ve carried out awareness campaigns in the media, our website and on Facebook to warn the public. 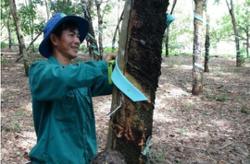