WHILE most Malaysians would recognise Tan Sri Abdul Rahim Mohd Noor’s contributions as the fifth Inspector-General of Police in the 1990s, some could say his greatest contributions were made when he was the Special Branch (SB) director.

He was promoted as the SB director in January 1986, at a time when Malaysia was still finding ways to defeat the Communist Party of Malaya (CPM) which had retreated to Southern Thailand.

Having no experience in the SB was not a problem for him as he felt at home dealing with the communist threat.

Since he was a student, Abdul Rahim had always been interested in the communist theory and spent a lot of time reading up on it.

Little did he know back then that he would be an instrumental player in getting the CPM to lay down its arms and sign a peace treaty with the Malaysian government in the Peace Agreement of Hat Yai 1989.

“Who knew that my interest would actually help me?” he quipped when met at his home recently.

Now retired, Abdul Rahim still has vivid recollections of his work leading to the peace treaty.

He said that when he joined the police force, he had continued reading up on communism and even kept track of the regional and global communist movement.

In 1960, Chin Peng had gone to China to seek for assistance after the CPM was pushed by the Malaysian security forces to the border of Thailand, he said.

“He went there to seek assistance in funding to buy weapons and radios for the assault units, which were planned for the CPM to make a resurgence in the country.

“Around 1971, splinters of at least a thousand trained CPM units came in and with the help of China, they managed to buy weapons and other items to further their cause.”

He added that the police field force and other armed units were handling the CPM’s advances at first.

Abdul Rahim believes the SB and the F-Team deserve credit for blasting the Communist Underground.

As he pointed out, intelligence on the CPM was solely gathered by the SB, which would be fed to the security forces for operations at the time.

“The special branch had learnt that the Communists United Front (CUF) had been rebuilt and that it was a faceless enemy.

“Anyone could be the enemy, even teachers and clerks, and this is why they were confident in winning the second round.

“The SB picked up at least 5,000 CUF elements, which more or less clipped their wings. Without ground support, they were broken.

Part of this was also due to the E3F, also known as the F-Team, which was formed by Senior Asst Comm Datuk Leong Chee Woh, said Abdul Rahim.

SAC Leong was a seasoned SB operative, and he knew what needed to be done to cripple the CPM, he added.

The F-team definitely had an impact on the peace talks, Abdul Rahim said.

“They were smashing the Communist Underground even before I took office.

“The E3F, I would say, definitely had a role in setting the positive ground work for peace talks in the mid 1980s.”

His advantage, he said, was that he looked at the CPM issue in Malaysia on a global scale.

“Leong was dealing with the CPM far longer than me. I took the helm of SB in 1986 without any prior experience.

“But the subject matter I was dealing with particularly interested me. I studied the role of Chin Peng and Mao Tse-tung and saw that Malaysia could not look at it as one bullet one enemy.

“Was there another way to defeat them, I asked myself.”

He said his search led him to the SB’s records.

“I studied the Baling Talks, which was the first attempt by our first Prime Minister, Tunku Abdul Rahman Putra Al-Haj, to settle the issue before Independence.”

The talks failed due to both parties not coming to an agreement, and Abdul Rahim found several factors that he thought led to the talks’ failure – including Chin Peng’s overconfidence in the support of Mao and local sympathisers for the CPM, due to their contributions in fighting the Japanese.

Abdul Rahim said the SB records showed that when the CPM was asked to surrender their weapons, they had instead asked if their party would be recognised here.

“I studied the SB records to learn these factors so that we may not repeat them if we called for peace talks again.

“I then went and briefed Tun Dr Mahathir Mohamad, who was the Home Minister at the time, about my findings.

“I also studied our country’s expenditure and found that in the police budget alone, from 1948 to 1980, RM10bil was used to combat the CPM.”

Abdul Rahim said he went to see Dr Mahathir and told him that this was not good business, and suggested to continue peace talks.

He assured Dr Mahathir that this time the peace talks would be different due to a regional scenario change, and the fact that Mao Tse-tung was not leading China anymore.

Abdul Rahim said he will always remember the first time that he met Chin Peng. He looked like an old businessman – always with a smile on his face and was soft spoken, he recalled.

“But that was on the outside. His men may have other ways to describe him though.”

He also held several meetings with the Thai prime minister at the time, Gen. Prem Tinsulanonda, as Thailand played a key role in paving the way for the peace treaty with the CPM.

“Thailand had at first refused to interfere in Malaysia’s problems, but Gen. Prem was very supportive and he was also personally trying to resolve the South Thailand insurgency,” he said.

Two peace treaties were signed at the Lee Gardens Hotel in Hat Yai, Thailand on Dec 2, 1989, between the CPM and the Malaysian and Thailand governments.

“Those who wanted to come back would receive assistance from the government until they got back on their feet while the older ones who did not come back were given land and livestock to tend to in southern Thailand, thanks to Gen. Prem. Those who came back would be monitored by the SB.

“We did not want to sign a peace treaty without the full assurance that they would not try to rise again. I briefed the Malaysian Security Council before the treaty and noted that the world communist movement, regional and local sentiments as well as the CPM itself at that time have changed, compared to the 1950s.

“The time was right. It was conducive for peace talks,” he said, adding that many CPM members were also worried that they would be detained under the Internal Security Act if they came home.

He said the experience with the CPM taught him the importance of intelligence.

“Security intelligence is key to ensuring the safety and public order of a country.

“Now, there is no more threat from CPM, but we have religious extremism in the form of IS (Islamic State). SB is still crucial to tend to these threats,” he noted.

Abdul Rahim shared that the talk at that time was that to become IGP, you need to helm the SB first.

He conceded that he did feel that the challenges of being the SB director and IGP were similar.

“I think both were about the same. It’s just that as the SB director, I was only looking at one aspect, but as IGP, I had more aspects to look at.”

Ultimately, he gave both posts his all, he said, adding that “I never even spoke about official matters with my family.” 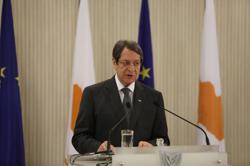 Cyprus says committed to peace talks, but not at gunpoint