KUALA LUMPUR: As Malaysia and North Korea are attempting to solve their diplomatic spat, attention is now focused on the presence of more than 1,000 North Korean citizens in Malaysia.

The assassination of Kim Jong-nam, the estranged half-brother of North Korean leader Kim Jong-un, at the Kuala Lumpur International Airport 2 (KLIA2) three weeks ago, has sparked the interest of many over Pyongyang's intelligence operations in Malaysia.

Masquerading behind careers of various fields, a source told Bernama that the presence of the North Koreans in the country was all planned in order to form an organised intelligence network.

He said it is not difficult to understand why many of them work as information technology (IT) specialists and masquerading behind local companies in Cyberjaya – to help them gather information and data.

"These are not ordinary people because they are specially trained before being selected by the regime to work abroad.

"While sponsored by local companies, their presence in Malaysia is not just to work but also (to function) as trained spies," said the source.

These group of people are part of approximately 100,000 North Koreans working overseas worldwide and are valuable "resources" to the regime as they are also sending their hard-earned money to their home country.

In fact, it is said that every member of North Korean families abroad are required to report to their embassies on a monthly basis and will be forced to undergo "debriefing" before they return to their society.

It is also learnt that in addition to the IT field, North Koreans are also active in iron ore mining in Sarawak and as partners to Malaysian businessmen.

"They are trying to export Malaysian products to North Korea and vice versa even though they are aware of the restrictions imposed by the United Nations (UN) on their country," said the source.

The source also said it was now a practice for employers to pay the salaries of the North Koreans directly to their embassy here, while the employees would only receive a living allowance.

"The embassy usually takes the money out of Malaysia in the form of cash because they cannot make online transactions due to UN restrictions on Pyongyang.

"They will carry bags containing money and get cleared by airport security using diplomatic privileges," said the sources.

Questions that arise are why there are so many North Koreans working in the IT sector and how did the republic produce so many of them?

The source said the answers could be found on Hackread, a Milan-based online news portal.

The portal revealed that an IT unit, known as Bureau 121, which was set up by the regime comprised an elite group of well-trained hackers to perform the duties of cyber espionage and cyber crime.

Bernama check found a series of interview between the news portal and Prof Kim Heung Kwang, a North Korean who managed to escape to South Korea in 2004.

In the interview, Heung-Kwang admitted he had taught the Computer Science subject in the republic to the elite group of hackers for 20 years.

The academician also said only those who worked for Bureau 121 were allowed Internet access or to leave the country.

However, the source said active intelligence agents could not escape monitoring by Malaysian authorities.

"All the intelligence services in the region are aware of this and their covert operations are being intensified round-the-clock to monitor the activities by North Korea," the source added. – Bernama 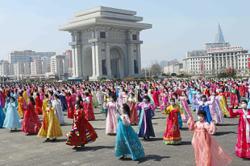