Master Cheng Yen’s determination to help people regardless of religion is felt worldwide.

IN the reception room of Jing Si Abode, the residence of Dharma Master Cheng Yen, the air appeared to stand still while everyone waited anxiously for the arrival of the VIP host – one of the most respected Buddhist leaders in the world.

In contrast, outside the reception area, the fresh breeze cruising from the east coastline of Taiwan was dancing with green plants gently at a lovely 20-degree centigrade.

Just like me, one of the 18 journalists invited to meet the founder of Taiwan Tzu Chi Foundation on Feb 21, many felt excited yet nervous ahead of a planned dialogue with her. The chatty ones had stopped talking as they tried to adjust their sitting posture.

We were about to group-interview a great woman who rules one of the largest charities in Taiwan and one of the swiftest, most effective relief international organisations.

Before we arrived there, we were reminded that this would be one of the rare interviews to be arranged as the 80-year-old has been suffering from a weak heart. Her medical team has barred her from travelling and overworking.

When she finally entered elegantly in blue monastic robes, a sense of calm filled the air. With a gentle smile, she gestured for all to sit. We looked at her in awe.

In the 45-minute dialogue with the media from Malaysian, Indonesia and Hong Kong, the simple yet witty replies given by her provided some insight into how this petite lady with an ordinary past could build up and rule Tzu Chi unchallenged for half a century.

Sitting in the Tzu Chi headquarters in Hualien, she has been able to direct the work of volunteers who are overseas in major international disaster relief work since 1991. Tzu Chi volunteers, who wear blue and white, have eased the pain of millions of victims and refugees worldwide.

Indeed, in most of her speeches, the focus is on practising “Great Love” (universal love) and spreading kindness in accordance to the principal teachings of Buddha.

Preaching compassion, mutual respect and equality for all humans, this kind face has not only empowered many people in the world to devote themselves to charitable work, but has also convinced leading professionals to work in Tzu Chi’s six hospitals, university, schools, recycling centres, radio and television stations - taking salaries below market rates.

It is no wonder that in 2016, even then US President Barack Obama sent a congratulatory message to Cheng Yen ahead of Tzu Chi’s 50th anniversary celebration. The letter dated April 28, 2016, was a recognition to Tzu Chi’s significant contribution to global humanity.

Yet, at the media session with us, the spiritual leader spoke with humility. The focus of her replies was often “Great Love” and how to relieve human sufferings.

Indeed, she showed that the one sitting before us was no God. She was just another human being who possessed real feelings.

When she recalled the sudden death of her personal photographer Xiao Chen the previous day, she narrated his 20-year journey of dedication to Tzu Chi in a choking voice.

But she was quick to regain her composure. Her firm statements made at the dialogue were refreshing for a religious leader:

Medical work: Shinn-Zong, a US trained neuro-surgeon heading Hualien Tzu Chin Hospital, explaining the stem cell research and treatment done by him and his team.

“Religion is important, as it guides people to be good. This is why we help disaster-hit communities to build churches and mosques. In Tzu Chi, we must not try to change other people’s religion but it is important to do good. Charities cannot wait.”

“I don’t have great ideas on how to change the world for the better. I only hope we can work towards a better society.”

“It is easy to plan but it is not necessary we can achieve our objective in the plan. So, just do what you can now. Don’t count yourself out when carrying out good deeds.”

Like their leader whom they respectfully refer to as shang ren (or someone above the laymen), Tzu Chi volunteers don’t talk much about plans.

Volunteers act in response to the need of the poor and needy and disasters. They follow closely Jing Si Aphorisms (short phrases of advice) and books authored by Cheng Yen. They practise “Just do it, do the right thing”.

When Tzu Chi volunteers are in action, they deliver and they have won respect and trust from governments and disaster victims.

Good works: Mapping out the relief work of Tzu Chi in Malaysia. This is displayed inside the large modern gallery at Jing Si Hall in Hualien, Taiwan.

The spectacular success of Tzu Chi is now a subject of research for academics from Harvard and Oxford universities.

Starting from a small hut in the undeveloped hilly area of Hualien in 1966, how could Tzu Chi – without a conventional corporate model – be able to grow rapidly and run efficiently?

Professor Herman B. Leonard of Harvard University observes that Tzu Chi, rooted in the value of compassion, has unusual operating features including having no long-term plan.

He provided an explanation on Tzu Chi’s success at Tzu Chi’s 50th anniversary:

“Tzu Chi is not driven by plans; instead, it is driven by commitments based on its values, and then does everything it reasonably can to be faithful to those commitment and values.

The establishment of Tzu Chi branches worldwide and the intense training given to volunteers are contributing factors.

“Our wide network of volunteers and their dedication allow Tzu Chi to set up disaster and service centres within one hour of notification,” said Her Rey-Sheng, spokesman for Tzu Chi, at a media briefing in Hualien.

The easy acceptance of Tzu Chi at ground level is also due to its principle of “spreading Great Love, not preaching religion”. Hence, there are many non-Buddhist volunteers within the Tzu Chi family.

Outside Jing Si Abode: Master De Huai, the nun who was the main guide here, taking a photo with journalists and Tzu Chi Malaysia volunteers. To her right are CEO of Tzu Chi Sel/KL Chien and Datuk Seri Lee San (in white shirt) of Apple Vacations.

Indeed, Cheng Yen is not as aloof and distant as many people think.

Followers of Tzu Chi get to listen to the one-hour Dharma talk of Cheng Yen at 5.20am almost everyday via tele-conferencing.

This is broadcast via Tzu Chi’s own Da-ai television channel at 7.45pm.

Another routine of the master is to listen to briefings by senior directors of Tzu Chi operations and to give advice accordingly.

Perhaps due to the immense love for the spiritual master, nobody wants to talk about the succession issue in Tzu Chi.

“Dharma rules are strongly entrenched in Tzu Chi. When the time does come, an acceptable leader will emerge,” said Her.

Malaysia is said to have the largest following of Tzu Chi outside of Taiwan.

There are 10,000 registered and trained volunteers, according to chief executive of Tzu Chi Selangor/Kuala Lumpur Echo Chien. Donors and supporters for the body total one million, she tells Sunday Star.

In Malaysia, many could still remember the counselling role played by Tzu Chi volunteers for affected families after the disappearance of flight MH370 in March 2014.

In December 2014, after Pahang and the southern states were hit by floods that claimed 21 lives, Tzu Chi’s medical team from Taiwan and volunteers with 12 vehicles loaded with supplies and rescue equipment braved the rising tides to offer relief services. This footage was seen on television.

“We mobilised 2,000 volunteers from Kuala Lumpur to Pahang then. Volunteers from Taiwan came to help after we reported to shang ren how bad the situation was,” recalls Chien.

Tzu Chi’s work and philosophy has won over the heart and mind of businessman Datuk Seri Yong Seng Yeow, who joined the media tour.

Often wearing a smile like most other Tzu Chi volunteers, the former owner of several listed firms tells Sunday Star: “I became a volunteer two years ago. I like Tzu Chi as it is a genuine and efficient charitable body. Helping people makes me a much happier person.”

For Datuk Seri Desmond Lee San, owner of Apple Vacations and Conventions Sdn Bhd, Tzu Chi impresses him as an organisation that guides one to talk respectfully and do good.

“Our society could learn something from Tzu Chi. By promoting universal love and mutual respect, it imparts a lot of positive energy. This is why I volunteer to organise this media study tour to Taiwan.”

After 51 years in operation, Tzu Chi is not only outstanding in its charitable work, it is known for its medical research.

Hualien Tzu Chi Hospital, set up in 1986 to provide free medical care to the poor, has expanded to become one of the best-equipped, well-managed full-fledged medical centres.

Headed by US-trained professor of neurology Shinn-Zong Lin, the superbly-clean hospital’s specialities include stroke and cancer treatment, stem-cell research and orthopaedic surgery, according to literature and observations of visiting journalists.

Many of its professionals come from Tzu Chi’s nursing and medical university.

Notably, Tzu Chi Medical University has pioneered a medical simulation programme in Asia. The surgical simulation is conducted on un-embalmed bodies of those who had dedicated themselves to medical education. Students from Malaysia and Singapore have also attended this programme.

But ahead of each simulation programme, the university staff and medical students will have to attend an elaborate service to pay respect to the deceased and thank their families for contribution to the development of medical science – in typical Tzu Chi style.

How it all started 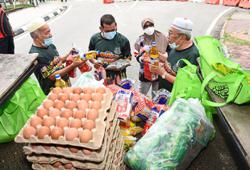 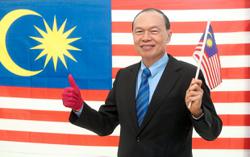