PETALING JAYA: A day before the assassination, Siti Aisyah had a wild night out with her friends to celebrate her pending success as an Internet celebrity.

One of her close friends, who spoke to China Press on condition of anonymity, said Siti Aisyah’s friends chipped in to throw a birthday party for her at a well-known night club in Kuala Lumpur on Feb 12.

That was before she was scheduled to participate in a “prank for a reality show”.

In a video shown to the daily, Siti Aisyah laughed and covered her face shyly when her friends commented that she was going to be a “big star”.

Her birthday was on Feb 11.

“I do not believe Siti Aisyah would kill someone just for money.

“It is impossible. I think she has been framed,” said her friend, adding that she was shocked when Siti Aisyah was named as one of the suspects who killed Kim Jong-nam.

She said Siti Aisyah did not know and had no motive to kill him.

Although she had no way of finding out the truth, she believed that Siti Aisyah was innocent.

“She is a very simple person and hoped to one day break into the entertainment industry.

“I knew of her ambition about a year ago,” she said.

She added that she hoped Siti Aisyah would be released soon and reunited with her family in Indonesia.

Siti Aisyah was one of two women suspects who police said wiped Jong-nam’s face with a deadly chemical at KLIA2 on Feb 13.

She told Indonesian embassy officials that she was paid RM400 to take part in what she thought was a prank, and that she was under the impression the liquid given to her was baby oil. 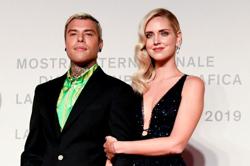